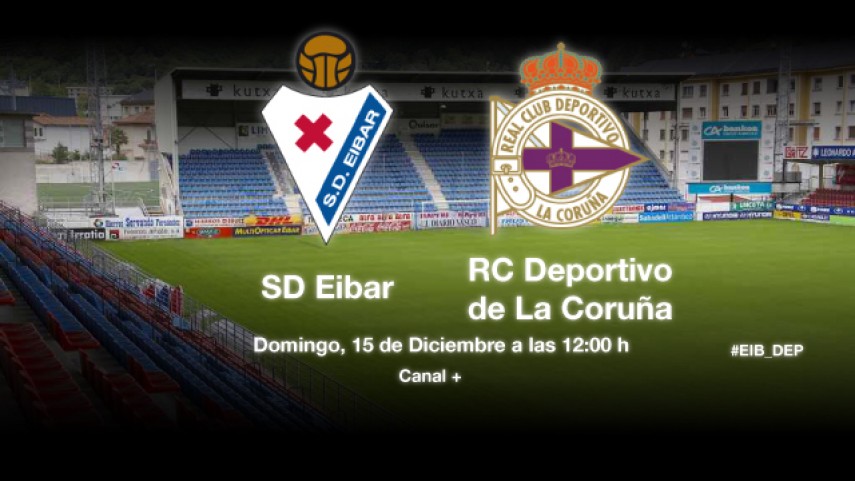 A high-quality clash in the Ipurúa

Eibar and Deportivo measure up in one of Liga Adelante matchday 18's most enticing clashes.

On Sunday SD Eibar and RC Deportivo de La Coruña will meet in one of the most intriguing games of matchday 18 of the Liga Adelante.

The side from Gipuzkoa have suffered two losses in their last two games but they come into the clash against Deportivo in the promotion playoff zone. In addition, Gaizka Garitano will be in a confident mood after receiving the BBVA Award for the best Liga Adelante coach in November, unfortunately for him though, his squad is by no means at full strength. Diego Rivas is still out with a broken hand, and defenders Raúl Albentosa, Lillo and Yuri Berchiche are all suspended.

The division's leaders will have their own absentees. Wilk and Javier Arizmendi are still injured and the Galician Pablo Insua is serving a ban. The good news for Fernando Vázquez is that he has Antonio Núñez back. “It is going to be tough staying at the top, that is why it is so important to beat opponents like this one”, said Coruña's coach before the match against Eibar.