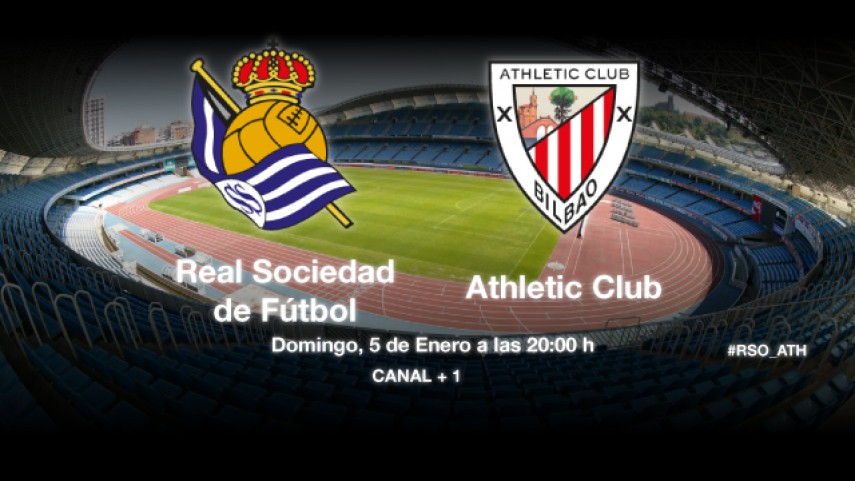 The match between Real Sociedad and Athletic will be the highlight of the matchday as the sides go head to head for a European spot.

The 132nd edition of the Basque derby between Real Sociedad de Fútbol and Athletic Club on matchday 18 of the Liga BBVA is one of the most eagerly-awaited clashes of the season by all Spanish football fans, and this year there is the added incentive of a European position.

Home manager Jagoba Arrasate's men, are fifth in the table with 29 points, and they come into the game with their heads held high thanks to their impressive performances at home, where they are undefeated since the 1st of September 2013. Arrasate confirmed that defender Carlos Martínez and Xabi Prieto are doubts for the txuri-urdin, while he underlined that "the derby is a very special match and it is very important because our rival are one place above us".

Meanwhile, Athletic will visit the Estadio de Anoeta firing on all cylinders after five consecutive matches without defeat in the Liga BBVA and lying fourth in the table, four points above its fierce rival. "We do not focus too much on the standings. We want to play our best football and be clinical", stated the away team's coach Ernesto Valverde.