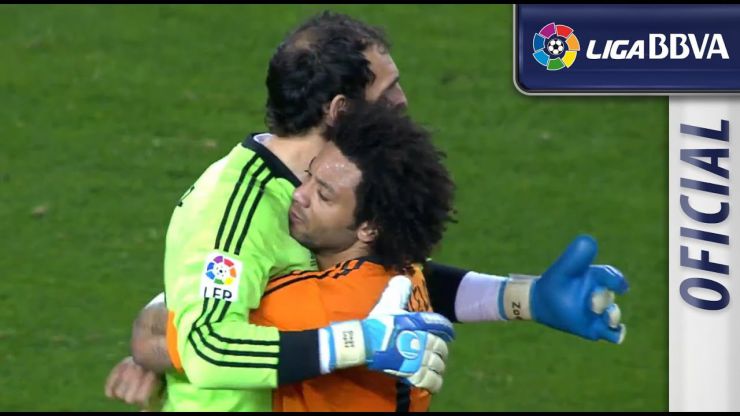 A Cristiano Ronaldo goal earns Real Madrid all three points in an important win that allows the visitors to hold onto the Liga BBVA top spot.

Real Madrid beat Málaga (0-1) in La Rosaleda during matchday 28 of the Liga BBVA season. As a result, Carlo Ancelotti’s men hold onto top spot in the league table while the Costa del Sol side now lies just three points above the relegation zone.

During the opening exchanges of the match, Málaga went out to test the Whites who struggled to impose themselves on the game. Cristiano Ronaldo enjoyed the best of the chances during the first half was at hand to open the scoring in the 23rd minute. The Portuguese forward controlled a Gareth Bale pass before blasting the ball past Willy Caballero. On the half hour mark Karim Benzema had to go off injured and was replaced by Ángel Di María.

A beautiful bit of skill by the Argentine in the second half ended with Isco shooting over the bar. Nourredine Amrabat responded with a couple of efforts of his own, but Diego López was able to deal with them. The home side kept looking for an equaliser until the final whistle to overturn the one goal deficit but the game ended with an important win for Real Madrid who stay top of the Liga BBVA with 70 points.