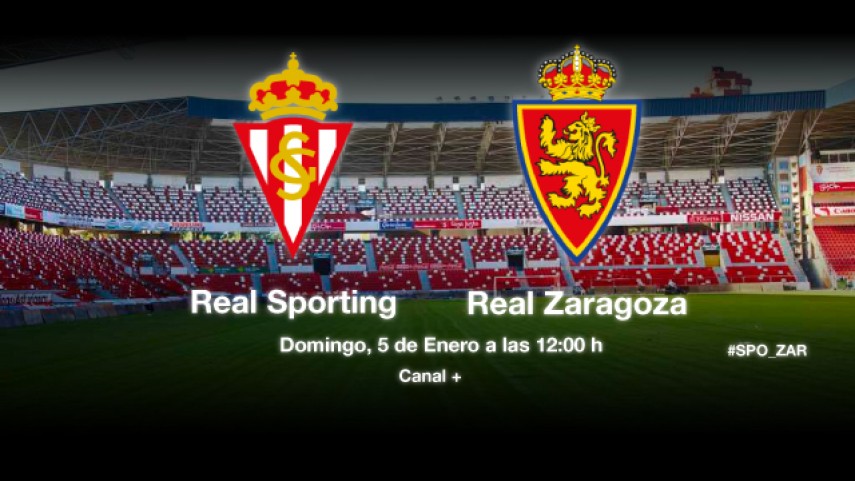 A great deal at stake at El Molinón

Sporting, second in la Liga Adelante, will aim to go top against a Zaragoza side that is looking to turn things around in 2014.

The twentieth matchday of the Liga Adelante brings one the league's most frequent fixtures. Real Sporting receive Real Zaragoza in an encounter with plenty to play for.

The Asturian team, currently second in the league, could go top in this weekend. In order to do so José Ramón Sandoval's side will have to win their game and wait on RC Deportivo de La Coruña's result from their visit to Real Jaén. After eight consecutive games undefeated the rojiblancos start the new year with hope of promotion as Sandoval, the coach from Segovia confirmed, "our path to success is through hard work but at the moment we are only thinking about the game against Zaragoza".

Their opponent in El Molinón will be Zaragoza. Paco Herrera's men didn't quite have the end of year that they would have hoped for and will look to redress the balance against Sporting. Forward Ángelo Henríquez (flu), Luis García and Víctor Laguardia (suspension), will miss this encounter in which Zaragoza will look to begin a winning run. César Arzo, a recent signing for Zaragoza, is the most notable call up to the squad.