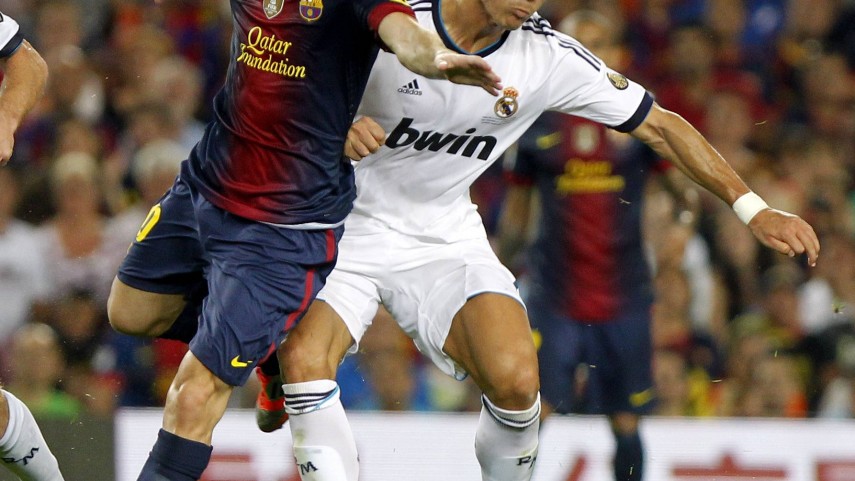 Since 2009 the winner of the Ballon d'Or has always been a Liga BBVA player. This year, Ronaldo and Messi will once again represent the competition.

The FIFA Ballon d'Or gala, which takes place on Monday the 13th of January, will once again have a Spanish feel to it. Although there won’t be a member of the Spanish national team present on stage for the first time in four years, the Liga BBVA will still be represented by two of the competition’s biggest idols: Cristiano Ronaldo and Lionel Messi.

Once again both these players are nominated for the coveted award. And they have been nominated thanks to their impressive performances in a league full of stars that has delighted the entire planet with goals and moments of genius from the best players in the world. Proof of this is that, yet again, the Liga BBVA will be the big winner on the night.

Since 2009 all the finalists for the Ballon d'Or have been Liga BBVA players, with Cristiano Ronaldo and Messi at the forefront. The Portuguese has received four nominations and one trophy, while the Argentine has received seven nominations and four trophies. A record that any league in the world would envy.

Xavi Hernández, in 2009, 2010 and 2011, and Andrés Iniesta, in 2010 and 2012, can also boast of having completed the triad of the year’s best players. They added some Spanish colour to the previous editions and were responsible for bringing the talent of the Liga BBVA to every corner of the planet. This is the first time in four years that a player from a foreign league has also reached the final stage of the competition. Franck Ribéry will compete with Cristiano and Messi for the grand prize.

In addition to them, there were several other Liga BBVA players who also attracted the attention from FIFA and France Football for one of the most prestigious awards in the world of football. Stars like Gareth Bale and Neymar also joined the list of 23 nominees for the individual award.