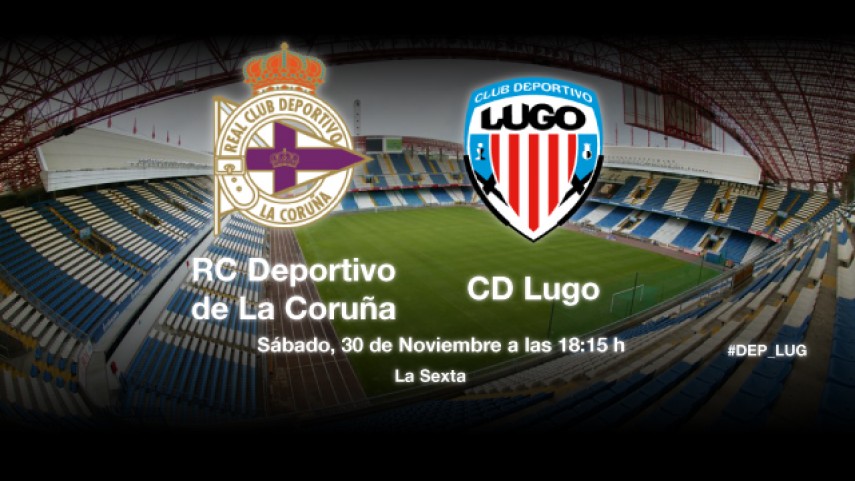 Deportivo and Lugo square off in the Riazor in a match which promises more than just three points to the winners. Fernando Vázquez's side are to defend their top spot for the first time.

The all-Galician clash between RC Deportivo de La Coruña and CD Lugo is one of the most intriguing ties of matchday 16 of the Liga Adelante. The Riazor will witness, 39 years after their last official meeting, to a match that sees the leaders take on the fifth place team.

Fernando Vázquez is still without Cezary Wilk, although Álex Bergantiños is doing a sterling job in his absence, and Laure will be a doubt until the last minute having trained on his own on Thursday in the hope of receiving the all-clear to play against Lugo.

Lugo's return to the Riazor will be particularly significant for four ex-Deportivo players: Dani Mallo, Iván Pérez, Carlos Pita and Pablo Álvarez. Enzo Rennella, the side's number one striker is an uncertainty for the tie. The Italian has not been training at full capacity this week due to a muscle complaint he picked up against RCD Mallorca, although Quique Setién is still hopeful that he will be available on Saturday. Pablo Álvarez, on the other hand, has received the go ahead after recovering from a fractured metatarsal in his left foot, and Víctor Marco will miss the match due to suspension.