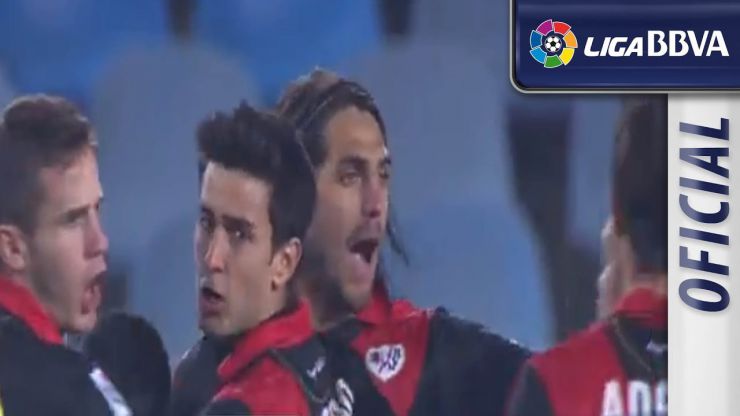 A forward-thinking Rayo shines in the Anoeta

The team from Madrid came back twice to defeat Real Sociedad (2-3), and end up level on points with the teams on the edge of the relegation zone.

It was a very attractive match as both teams were on the attack from kick-off and there were plenty of goals on offer. After just two minutes of play, txuri-urdin centre-back Iñigo Martínez opened the scoring with a header. The response from the visitors came immediately, as a foul on Joaquín Larrivey just two minutes later led to a penalty that the same player converted. Just before the break, blanquiazul midfielder Rubén Pardo gave his team the lead with a sweet left-foot shot.

After the restart, Rayo upped their game and Alberto Bueno levelled the match by latching on to a loose ball in the six-yard box. Now looking a little less comfortable with their opponents and less sure in defence, Paco Jémez's men continued to produce up front and midfielder Rubén Rochina, put his team ahead for the first time in the game with a stunning left-foot effort. The scored remained 2-3, allowing Rayo to draw level with the teams on the edge of the relegation zone with 26 points.