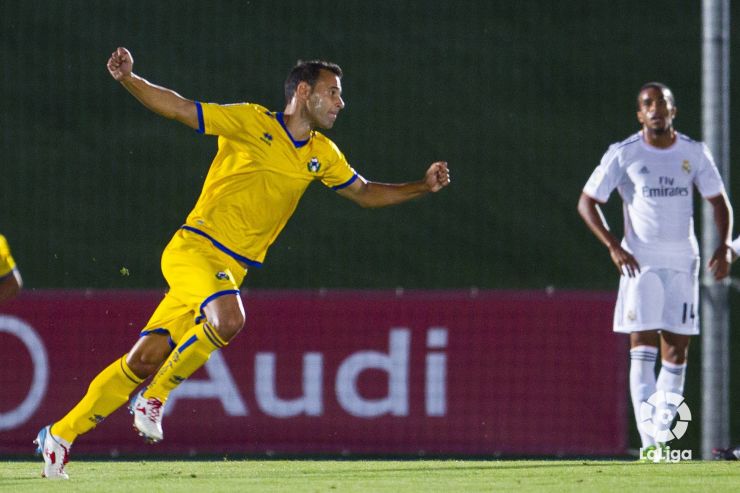 A flying start for Alcorcon

The South Madrid outfit faces the fourth match of the Liga Adelante season from an unknown position after getting off to the best start to a league campaign in the club’s history.

AD Alcorcon will start its fourth Liga Adelante match of the season from an unfamiliar position. The South Madrid outfit has recorded its best ever start to a league campaign with three wins from three, and will now take on RCD Mallorca as the league leaders.

Miguel Alvarez’s side started its fourth Liga Adelante season off with a 1-0 win over CD Tenerife. A 90th minute penalty conversion by Juli got the winning streak started for the Santo Domingo faithful. The second match was equally as close, as the team triumphed in the Madrid derby against Real Madrid Castilla. This time round it was an Angel Sanchez goal in the first half that clinched all three points. The last win came courtesy of a 3-0 walk in the park against RC Recreativo de Huelva, a result that saw the team climb to the top of the league table.

To put Alcorcon’s fantastic start into context, we must look back on the club’s previous outings in the Liga Adelante. In the club’s first season in the second tier of Spanish football, which came after the famously dubbed ‘Alcorconazo’ victory over Real Madrid in the Copa del Rey, the Santo Domingo side found itself in 13th with just four points (a win, a draw and a defeat), with the same amount of games played. The second season started off even worse, with just one victory from the initial three encounters. And last year, when the team made it to the promotion play-off, there were only four points on the board at this same juncture.