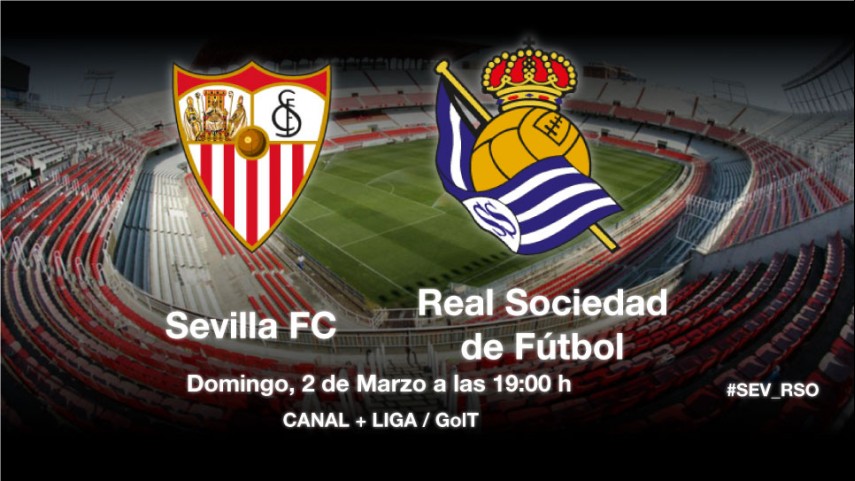 A fight for Europe in the Pizjuán

Sevilla will be looking to eat into the eight points that separate them from Real Sociedad, who are in the European spots and will be hoping to widen that gap and move closer to fourth place.

Sevilla FC and Real Sociedad de Fútbol meet on Sunday at 19:00 in the Ramón Sánchez-Pizjuán stadium in a Liga BBVA matchday 26 game.

The side from Seville are hoping to extend the spell of form that has taken them to eight points from sixth position, which gives access to Europe and is currently occupied by the txuri-urdin themselves. Sevilla's manager, Unai Emery, will be without his defender Cicinho, and midfielders Denis Cheryshev and Stéphane M'Bia, all of whom are injured, and Vicente Iborra who is suspended. "We are still in the fight for Europe and our chances are intact", stated Emery before the match.

Real Sociedad are intent on adding a third win to the two they sealed in their last matches. To do so, their coach, Jagoba Arrasate, will have to make do without Esteban Granero and Diego Ifrán. Arrasate is not ready to let his foot off the pedal and he spoke of the importance of the game: "We want to win tomorrow, to move away from Sevilla, which is a close rival, and move nearer to fourth place" stated the Basque manager.