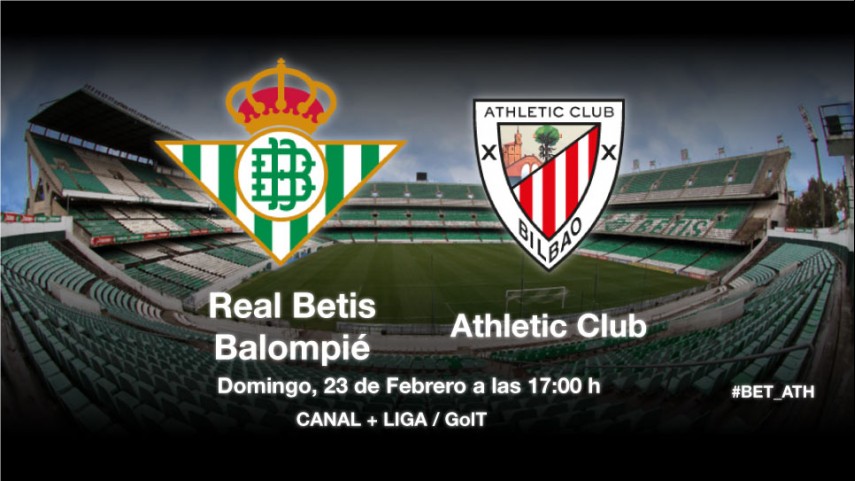 A fight for differing objectives

Betis, ten points off safety in the Liga BBVA, need all three points against a fourth-placed Athletic side looking to get back to winning ways after going three matches without a victory.

The Andalusians, who are ten points off safety after losing back-to-back games, know that from now until the end of the season every match must be treated like a final if they are to stay up. The team’s Argentine coach, Gabi Calderón, who will be without the suspended Antonio Amaya nor the injured Paulão, Álvaro Vadillo, Braian Rodríguez, Joan Verdú, Juan Carlos and Jorge Molina, stated: "Athletic is a side with great movement, which plays a very attack-minded brand of football. We’ll have to work as hard as them if we are to win".

Meanwhile, Athletic, who lie fourth in the league and are therefore in the Champions League spots, will be looking to at least maintain their four-point advantage over their nearest rivals in the table. In order to do so, Ernesto Valverde’s men will need to put an end to a three-week winless streak. In his pre-match press conference the Lions’ manager, who will be without the suspended Aritz Aduriz as well as the injured Beñat Etxebarria and Ibai Gómez (who has scored eight Liga BBVA goals this season), said: “Neither we nor they can afford to make any mistakes in this match. The sides have played each other a lot and that will be reflected on the pitch. It will be difficult, but we want to return to winning ways”.