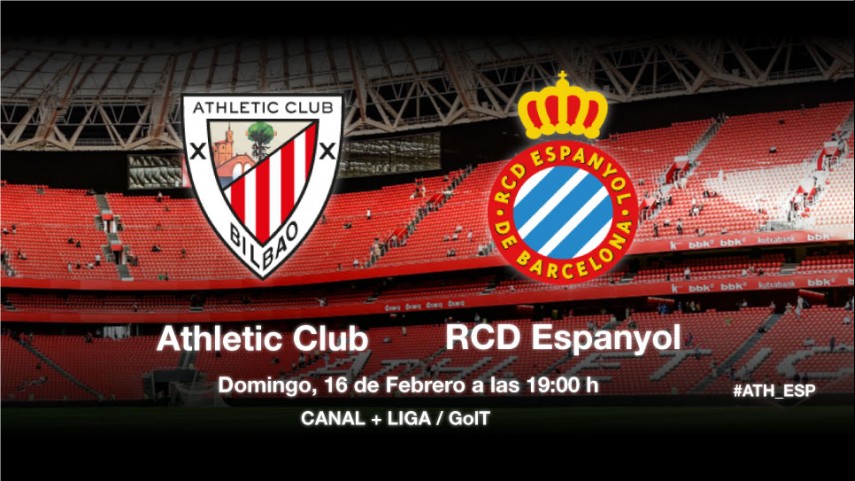 A duel with Europe in mind

Athletic will try to hold on to their fourth place when they go up against an Espanyol that will fight to climb into contention for European qualification.

Athletic Club and RCD Espanyol go face-to-face in a duel to be held at 7 pm at the San Mamés Stadium.

The rojiblancos remain unbeaten at home in the Liga BBVA and Ernesto Valverde’s men are keen to hold on to the fourth place that would give them their ticket to the UEFA Champions League. Valverde will not be able to select defender Unai Albizua, midfielder Beñat Etxebarria or striker Gaizka Toquero, all of whom are out injured. Defensive midfielder Ander Iturraspe is also unavailable through suspension. The manager analysed his opponents in the pre-match press conference: “Sunday's game will be a pretty tough match. Espanyol push hard”, he said.

The Catalans travel to Bilbao with the intention of spoiling the Basque team’s party with victory at their home ground. Espanyol manager Javier Aguirre will have to do without Midfielder Víctor Álvarez, sent off in the match against Granada CF. Aguirre warns of what can be expected from Athletic: "It will be a very hard game because our opponents are a team that press you for the 90 minutes, they never let their guard down", said the Mexican manager.