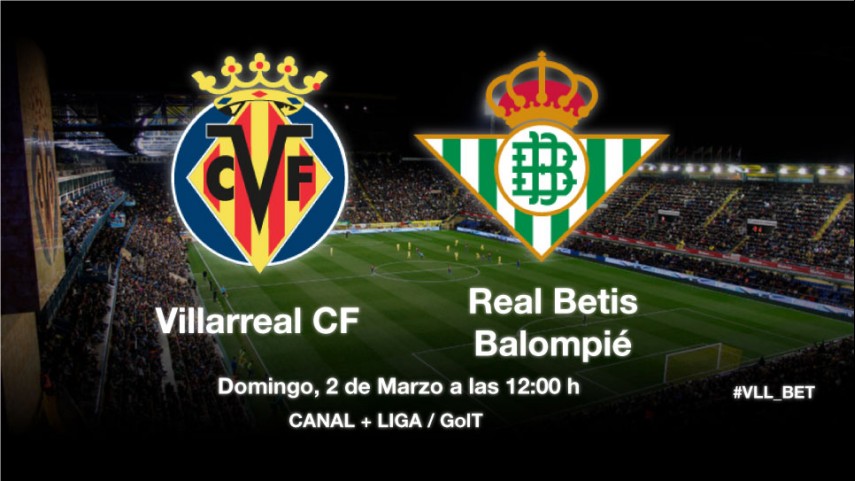 A desperate Betis takes on Villarreal

The Green and Whites will travel to El Madrigal looking for a win that would allow them to dream of the possibility of staying up, but will be up against a Yellow Submarine side looking to remain in the European places.

Real Betis have another chance to get their season back on track and thereby keep their dreams of staying up alive when they travel to Villarreal for matchday 26 of the Liga BBVA season. Villarreal, despite just being promoted, currently lie in the European positions.

The home side, under the stewardship of Marcelino García Toral, will be able to call on Óliver Torres for the first time since he signed for the club, now that the midfielder has recovered from his dislocated left shoulder. In his pre-match press conference, the Yellows’ manager stated that he won’t be taking the Andalusians for granted, "in order to win, we need to work hard".

Meanwhile, Gabriel Humberto Calderón’s men will be full of confidence after sealing their passage to the last-16 of the UEFA Europa League and will be hoping to carry their continental form into the Liga BBVA. Youth academy players Francisco Varela and Juanma are the two surprise call-ups to the Argentine coach’s squad, who revealed that everyday he sees "the team getting better" and that his goal is "to get the team playing consistently".