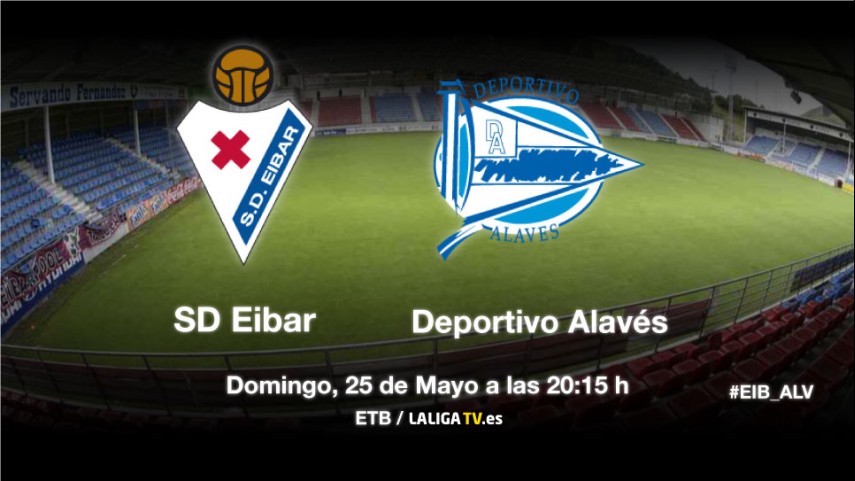 A derby with differing objectives at Ipurua

Eibar, who could earn promotion to Liga BBVA if they win and both Las Palmas and Murcia lose, host an Alavés side fighting for their lives.

SD Eibar and Deportivo Alavés will meet in a Basque derby in the 40th round of Liga Adelante fixtures.

Eibar have their first of three chances to earn promotion to Liga BBVA, something they’ve never achieved in 75 years of existence. To do so, they need to win and hope UD Las Palmas and Real Murcia, who play RC Recreativo de Huelva and Real Zaragoza, lose. The side are opting to be prudent, as forward Mike Arruabarrema explained: "We need to be calm, and not think about going up. We need to win the game".

They take on an Alavés side that will see the game as a final. The Vitoria side need to win in order to escape the drop zone and carry on in their fight for survival, and a heavy defeat would be a tough blow to take. "They are games that all players like to play in. Everyone is really up for it", said manager Alberto López.