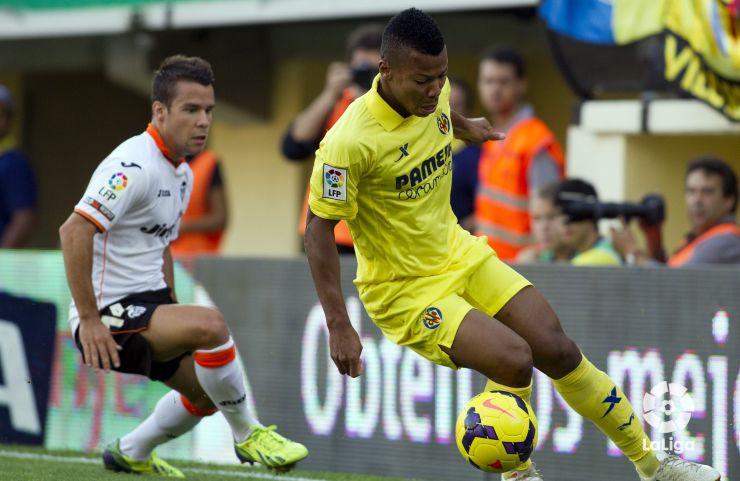 A derby with an eye on Europe

Over the last 16 seasons the Liga BBVA and the Community of Valencia have been represented in Europe by either Valencia and Villarreal, making this recently created derby all the more attractive.

This Sunday’s Liga BBVA matchday 29 schedule includes the newly formed derby which has grown in reputation over the last couple of decades thanks to Villarreal’s progress in Spain and Europe. The Castellon side travels to take on Valencia CF in Mestalla for a clash between two clubs that have done the Community of Valencia proud and raised its profile through their various successes in Spain and on the continent.

Valencia finished the 1997/98 season in ninth place and qualified for a spot in the now-defunct UEFA Intertoto Cup, which they won in the summer of 1998 to earn a place in the UEFA Cup. Since then, in each season that has passed either Los Che or Villarreal have participated in European competitions, allowing fans from the Community of Valencia to enjoy the best football from the Old Continent on the Mediterranean shore.

The Mestalla faithful celebrated a UEFA Super Cup victory in 2004 after winning the UEFA Cup at the end of the 2003/04 season with Rafa Benítez in charge. Valencia has also fought it out with the best clubs in Europe in the UEFA Champions League, a competition which they finished runner-ups in in the 1999/00 and 2000/01 seasons under Héctor Cúper’s orders. On top of that, not counting Real Madrid and Barcelona, Valencia is the last club to win the Liga BBVA. Since winning the domestic championship at the end of the 2003/04 season the league title has only been shared between the Whites and the blaugrana.

Meanwhile, Villarreal fans have lived the dream of every modest club by reaching the semi-finals of the UEFA Champions in 2005/06 and the semi-finals of the UEFA Cup/Europa League in 2004/05 and 2010/11. A spectacular achievement for a club from a town of just 50,000 inhabitants which used to play in the third division 20 years ago. Since then the Yellows have finished runners-up in the Liga BBVA at the end of the 2007/08 season and finished third in 2004/05.

Making their return to the elite of Spanish football this year, having spent a season in the Liga Adelante, Marcelino García Toral’s men have shown that the appetite for European football has not diminished at all in El Madrigal. For Valencia qualifying for Europe is always an obligation and it seems that with Juan Antonio Pizzi’s contract renewal they will be fighting right to the death to ensure that they don’t disappoint their fans. This Sunday the sides meet with differing goals, but with the same sense of regional pride that will see them battle it out to be the top team from the Community of Valencia.