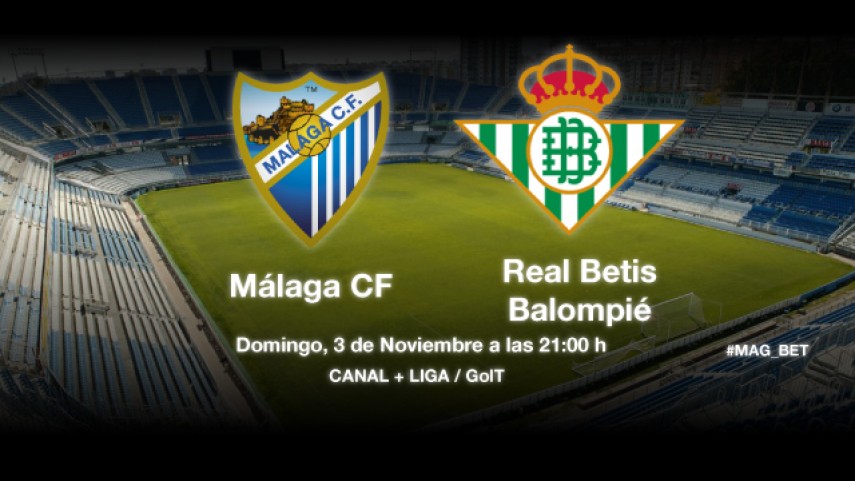 A derby to kick start the season

Betis is in search of its first home victory against a Malaga side that has failed to win in any of its last five outings.

Malaga CF and Real Betis. Two sides that have not yet found their stride during the 2013/14 Liga BBVA campaign. The home side has failed to find the net in its last four matches, while the Green and Whites have only managed to pick up one point on the road this season.

The Andalusian derby will see Bernd Schuster, the Malaga coach, without El Hamdaoui and José Manuel Casado. In reference to the derby, the German said: "We will try to calm the team down. We know what we have to do tomorrow".

His counterpart, Pepe Mel, is still without Antonio Amaya, after the defender picked up an injury in the match against Levante. Also missing in the defence is Paulao, while the midfield will have to cope without Nosa Igiebor and Lolo Reyes. The Betis coach has full confidence in his team though: "We are travelling to Malaga with total optimism".