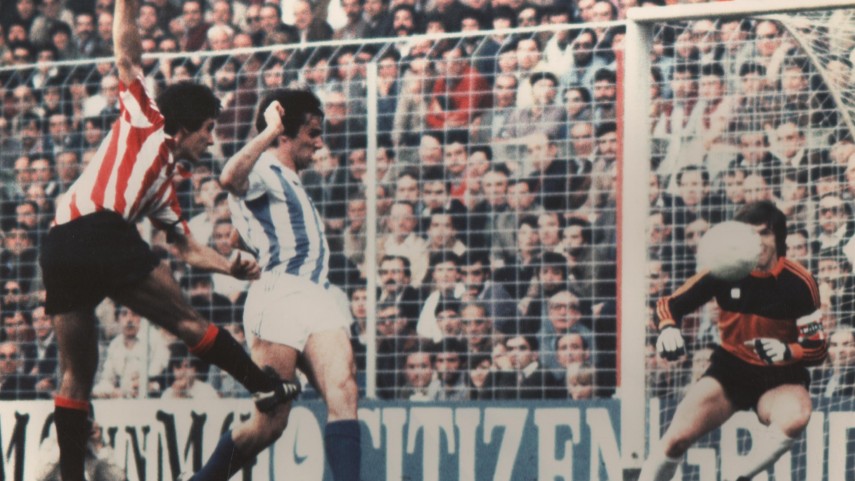 A derby rich in history

Some of the clashes between Real Sociedad and Athletic Club will be remembered in Spanish footballfor a long time to come.

Real Sociedad de Fútbol and Athletic Club are currently enjoying a rich vein of formand their derby promises to be one of the closest in recent Liga BBVA seasons. In light of this, we take a look back and remember some of the most memorable encounters between the two Basque teams.

For the team from Donostia, the most important was undoubtedly that of the 1981/82 season. It was a 25th of April on whichSan Sebastián woke up full of expectations, as the txuri-urdin had a big day ahead of them. The now-defunct Atotxastadium, where Real Sociedad were to receive therojiblancos, was packed to the rafters with fans adorned in blue and white. Two goals from Roberto López Ufarte and Jesús Mari Zamora gave the home team victory and the league title.

But the Red and Whites had their revenge two years later. It was in the old Estadio de San Mamés that celebrated the Liga BBVA championship trophy that day on behalf of Athletic. The side from Bilbao, with Javier Clemente at the helm, won the Basque derby 2-1 against the guipuzcoanos with a brace from Iñigo Liceranzu that had the home crowd in ecstasy.

More recently, the last time the two teams met in the Liga BBVA was a day to remember for Basque football. On the 22nd of February 2013 the old stadium known as 'La Catedral' witnessed its last derby before demolition. The txuri-urdin beat Athletic 1-3, a defeat that left a bitter taste in Bilbao. The Atotxa stadium, whose last derby was on the 14th of March 1993, had a similar send-off. A goal from Bittor Alkiza provided a perfect end for the legendary stadium and a party to remember for the home fans.