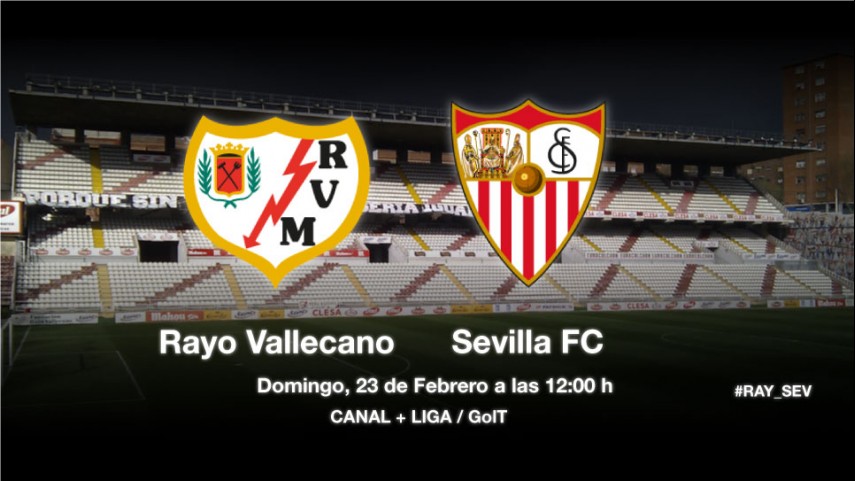 A critical game in Vallecas

Rayo will host a Sevilla that needs a win in order to rediscover the form that kept it at the top end of the table a few months back.

Rayo Vallecano faces a tough challenge on matchday 25 of the Liga BBVA, when it receives Unai Emery's Sevilla FC in the Estadio de Vallecas. Both sides need a victory in order to keep their respective goals in the competition alive.

The home team, who picked up four of the last nine points on offer, will be looking to recover from their thrashing at the hands of FC Barcelona last weekend and will be bidding to pocket some points against an opponent that has only lost one of its last six matches on the road. "We're going to try everything to make sure the chance doesn't pass us by and, instead of keeping an eye on the rest, we have to play well and win ourselves", stated Paco Jémez, the Madrid side's manager.

For their part, Emery's men come off the back of a two-all draw in the UEFA Europa League in Slovenia and come to Madrid hoping to return to the football they were playing before stringing together six games without a win in the Liga BBVA. "We have to be prepared. There will be a lot of passion from the stands and from the players", commented the Basque coach, who also recognised the needs of both teams.