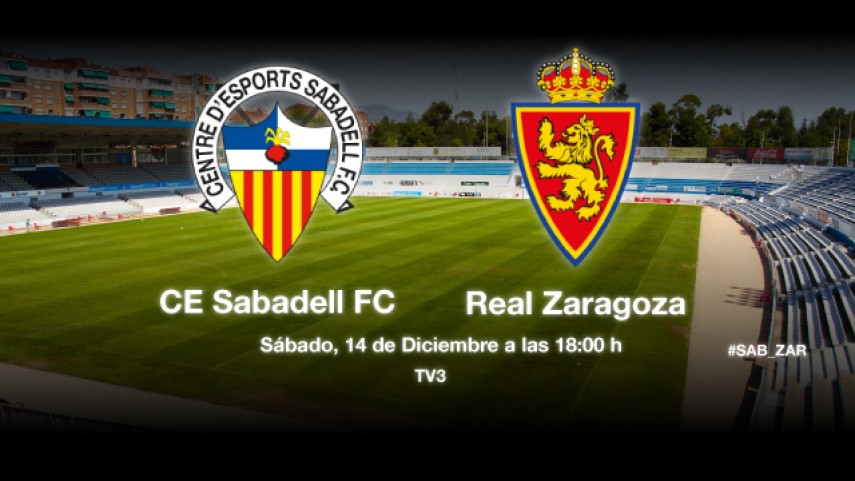 A contrasting clash in Sabadell

The Catalonians are looking to escape the relegation zone while Zaragoza come in off the back of three consecutive wins and are within touching distance of the playoff spots.

CE Sabadell FC host Real Zaragoza on the eighteenth matchday of the Liga Adelante, and the two teams will have very different goals in the Estadio Nova Creu Alta, where the Catalonians are bidding to leave the relegation zone and Paco Herrera's side, who are level on points with the teams in the playoff spots, will be looking to join them.

Home manager Miquel Olmo stated that "we must win" the match that takes place at 18:00, in which his squad will include all of his players, with the exception of those ruled out through injury (Moha, Raúl Goni, Víctor Espasandín and Pablo Ruíz).

Zaragoza, for their part, will have Paco Montañés and Mario Paglialunga back, while Abraham Minero, who suffered a muscle injury in his left thigh in Friday's training session, will miss the game. Having picked up nine points out of nine, Paco Herrera is feeling ambitious and stated that "the team has to keep moving forward", although he also said that "we have to take peace of mind from the victories".