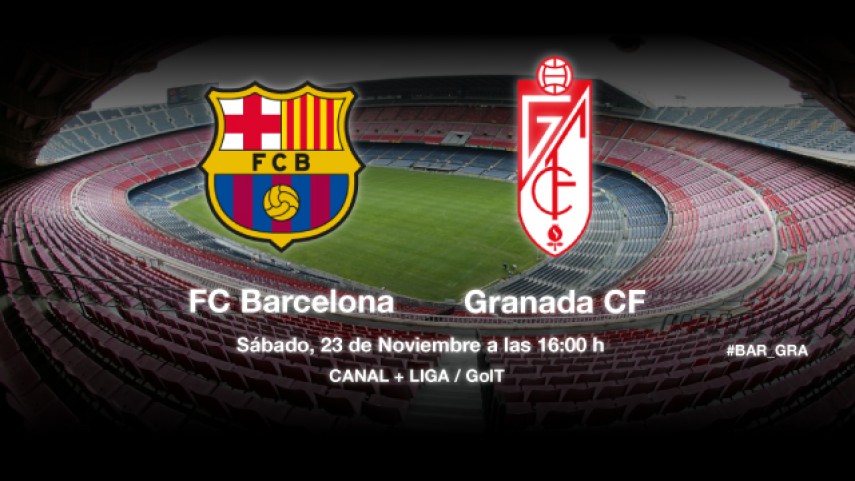 A confident Granada visits the leaders

After three wins from the last four Liga BBVA matches, Granada visit a Barcelona that is greatly diminished by injuries.

FC Barcelona will host Granada CF on Saturday in the Camp Nou in their Liga BBVA matchday 14 game and they will be looking to earn themselves another week at the top of the table. The Andalusian outfit, for its part, is hoping to build on its momentum.

The azulgranas, who are yet to lose in this season's Liga BBVA, come into the match following the international break with numerous absentees, as the injured Lionel Messi and Jordi Alba are now joined by Dani Alves, Víctor Valdés, Xavi Hernández and Cristian Tello. "We cannot use injuries as an excuse", explained the Argentinian coach Gerardo Martino, who will be able to select Cesc Fàbregas and Gerard Piqué who have received the medical all clear.

For their part, the Andalusian team is three points away from the European spots having won three of their last four Liga BBVA ties. "We have to focus on the match, not on our current situation. We have to stick to our own style, the more capable the opponent the less they will allow you to do", stated Granada's manager Lucas Alcaraz, who will be without the injured Diego Mainz and Mohammed Fatau.