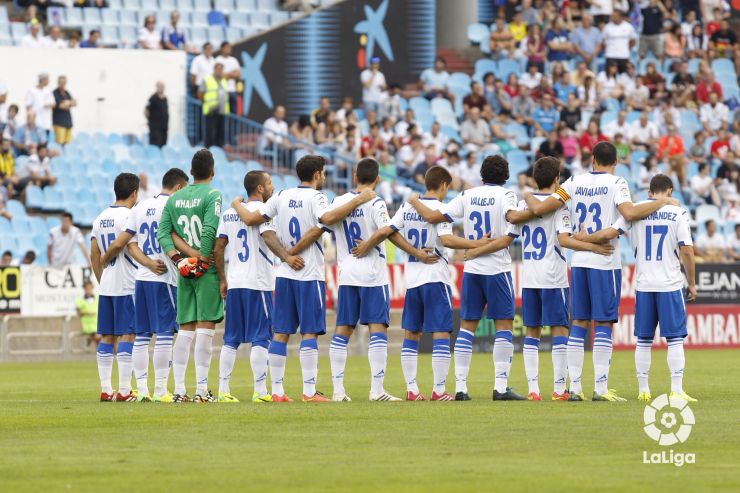 A classic club with a new structure

Real Zaragoza start the 2014/15 season with an almost complete change of face in the Liga Adelante aiming give their fans some great moments again, with Aragonese man Víctor Muñoz steering the ship.

Real Zaragoza ended the 2013/14 season in the Liga Adelante unable to reach the play-off zone and the summer saw wholesale changes. The old board of directors made way for the group led by Christian Lapetra, son of the Aragonese club’s legendary footballer who defined an era with ‘Los Magníficos’ in the 1960s, who kept manager Víctor Muñoz, another local man, in his role. Ángel Martín González became the technical secretary and began a summer in which he did not stop for a second.

14 players have arrived at the club and 17 have left (three on loan) for a complete overhaul of a historic Spanish side that, in the Liga Adelante, will go up against other classic teams like Real Betis Balompié, CA Osasuna, RCD Mallorca and Real Valladolid CF. Only AD Alcorcón (18 new signings), CD Mirandés (15) and UE Llagostera (15) have brought in more players to their squads.

Goalkeeper Pablo Alcolea, right back José Manuel Fernández, left back Diego Rico and the new captain Javi Álamo are the only four players from the 2013/14 team remaining in the squad. And only the left-footed Rico played in more than half the matches. Víctor Muñoz has placed his trust in Óscar Whalley, the starting keeper for the first three matchdays, Alcolea keeps his place and Yassine Bounou was a last-minute signing (on loan from Club Atlético de Madrid).

With Christian Lapetra as chairman, Víctor Muñoz in the dugout and Whalley, Vallejo and Muñoz on the field, there is plenty of Aragonese blood in the Real Zaragoza side as the Liga Adelante gets underway.

At the back, another ace played by a manager who had no qualms in his first spell at the club to promote academy player Alberto Zapater to the first team. Jesús Vallejo, aged 17, has always been part of the club and has become one of the fans’ hopefuls. A product of the Aragonese Ciudad Deportiva. Alongside him, there is the experience of Mario Álvarez Abrante and Rubén González. Another veteran who has returned to help Real Zaragoza is Carlos Dogo, who was a top performer during his five years at the club.

The engine room, the centre of the field, falls to the young Iñigo Ruiz de Galarreta. Courtesy of Athletic Club, the intelligent player takes the reigns as an extension of Víctor Muñoz on the field. Alongside him will be an experienced Albert Dorca, a Liga Adelante stalwart, or Vullnet Basha, who previously played with the manager in Switzerland.

The goals will come from different scorers in the 2014/15 season. None of the team’s eight first-choice strikers from last year remain in the squad.  Eldin Hadžić (who scored on his debut on Sunday), Jaime Romero, Álamo, Pedro Sánchez, Borja Bastón, Willian José and David Muñoz (another 17-year-old academy player) will lead the attack and try to take the La Romareda team as high up the table as possible.

A classic club in Spanish football with plenty of new faces for the demanding Liga Adelante season. Lapetra, Martín González and Víctor Muñoz’s plans combine youth and experience with a revamped structure, but as ever Zaragoza will be a club that all eyes will watch closely.