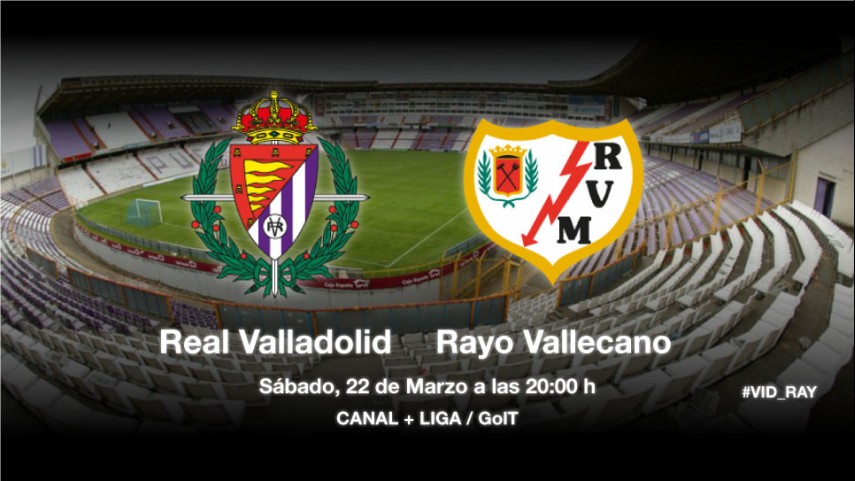 A clash with six points on the line

Valladolid, who lie three points behind Rayo, entertain the Madrid outfit for a six-pointer clash.

Real Valladolid and Rayo Vallecano meet on Saturday at 20:00 for matchday 29 of the Liga BBVA.

Valladolid will be looking to finish the weekend level on points with their rivals as well as climb out of the relegation zone. Given that their last victory at home was against Barcelona, they will be confident about getting another win. Juan Ignacio Martínez will be without Humberto Osorio, with the forward out injured, and Antonio Rukavina, who is suspended. "We have some important matches in terms of survival coming up", the home side’s manager announced in his pre-match press conference.

The visitors, led by Paco Jémez, have found a rich vein of form in terms of their play and their results of late. Their three consecutive victories against Valencia, Real Sociedad and Almería have allowed the Madrid side to move out of the drop zone and impose their attacking style in the last few games. Despite having a few players sidelined with injuries, like Tito and Leonel Galeano in defence, and José Carlos and Alberto Perea in midfield, Seba Fernández makes his way back into the squad for this encounter. Jémez has set the standard for his players to follow in this match: "Only a win will do us".