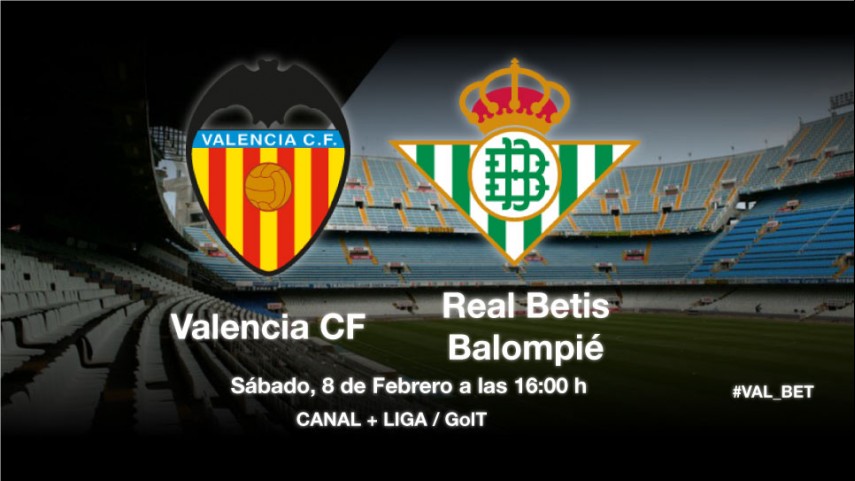 A clash between two victors

Recent wins in the Camp Nou and the Villamarín have given Valencia and Betis great hope for this match.

The side from Valencia comes into the match after beating FC Barcelona 2-3 at the Camp Nou. For this clash, their manager, Juan Antonio Pizzi, has 18 players on his team sheet, including new signings Philippe Senderos and Vinícius Araújo for the first time, but defenders Ricardo Costa (suspended) and Víctor Ruiz, and midfielder Oriol Romeu will not take part. "If there is one team in the division whose position does not reflect their individual and group ability it is Betis", stated Pizzi.

In the Andalusian outfit, Paulão and Damien Perquis, midfielders Xavi Torres and Álvaro Vadillo, who are all injured, and centre-back Salva Sevilla, who is suspended, will be the most notable absentees for the match. Betis coach Gabriel Calderón opened his account of Liga BBVA victories last weekend with a 2-0 win over RCD Espanyol and is aware of the importance of picking up more points. "We want to win in order to find the stability we require", stated the coach in a press conference.