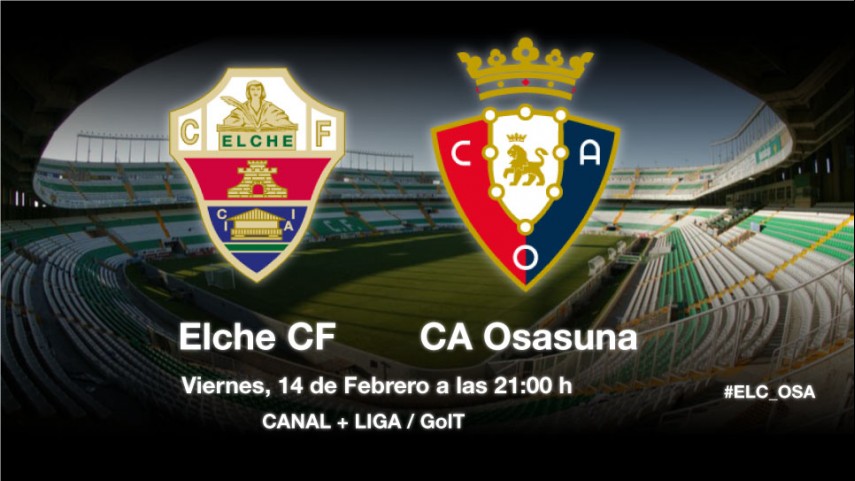 A chance to move away from danger

Elche and Osasuna meet for matchday 24 of the Liga BBVA for a game between two teams that are very evenly matched points wise.

Two of the Liga BBVA's mid-table sides, Elche and Osasuna, will come face-to-face in the Martínez Valero Stadium for the sixth time ever in the Spanish topflight. History favours the Alicante team, which has a home record of three wins, one draw and one defeat against the Pamplona outfit.

The home side, who have 25 points and sit 12th in the table, will be looking to put even more distance between themselves and the teams in the relegation zone when they play host to Osasuna. "We shouldn't worry about other teams' results, just our own. The only matches we should care about are Elche's", Fran Escribá unequivocally expressed in his pre-match press conference.

Meanwhile, the visitors, who are level on points with Elche, will be without Patxi Puñal and Miguel De las Cuevas in the centre of midfield, as both players are injured. However, striker Nino will be joining the squad for the first time after recovering from physical problems that had kept him sidelined since the start of the season. "We can't waste any chances to pick up points", affirmed Javi Gracia.