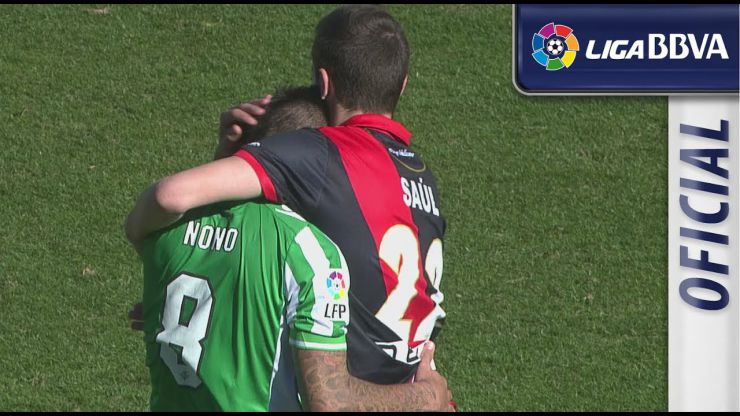 A big point for Rayo

Two goals by Alberto Bueno, the second of which came in stoppage time, gave Paco Jémez’s side a valuable draw away to Betis, allowing them to move out of the relegation places.

After an opening period in which there were few opportunities, little by little Pepe Mel’s side took the initiative, and after 10 minutes could well have been in front, however Jorge Molina was unable to connect with Álvaro Vadillo’s cross. Rayo didn’t sit back, and looked to take on Betis at their own game, however it was the side from Andalusia who opened the scoring when Antonio Amaya headed in Nono’s corner at the back post after 27 minutes.

The home side came out after the break looking to double their lead. Rubén Castro went close with a long-range effort on the 50th minute, but it was Rayo who levelled up proceedings as Alberto Bueno put away the rebound from Jonathan Viera’s shot. With 1-1 on the scoreboard, both sides created opportunities and firstly Joan Verdú scored for Betis (79’), and then Bueno notched again for Rayo (91’) as the match ended all square at 2-2.