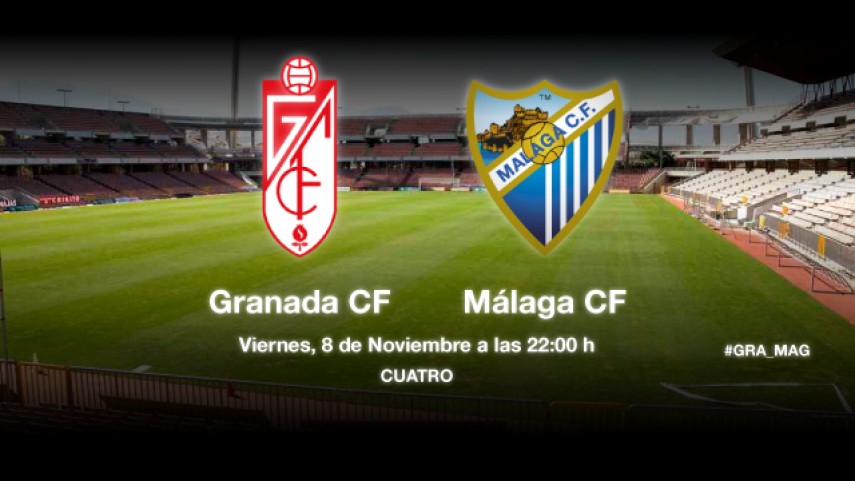 A battle to move up the table

Málaga and Granada, separated by only one point, both come into the match on the back of victories and will fight it out at the Nuevo Los Cármenes as they look to move into the European positions.

Equality is the word that defines the match where Granada CF will take on Málaga CF in the 13th round of Liga BBVA fixtures. Both sides have found stability in mid-table, occupying 11th and 12th respectively.

Lucas Alcaraz, manager of the home side, is conscious of the good form the White and Blues have been shiwing coming into the game: "they come in on the back of two good matches, like us. We'll put down our fight and we believe in our players, but we know it's going to be a tough match". In addition, Granada will be without defender Allán Roméo-Nyom who is suspended after accumulating five yellow cards, and midfielders Dani Benítez and 'Recio', who is in eligible to play against his parent club.

For his part, Málaga manager Bernd Schuster demonstrated the same amount of respect for his opponents, and knows it won't be an easy game. "On Friday we can't let our guard down", said the German in his press conference. He will be with the returning forward Bartlomiej Pawlowski, even though Roque Santa Cruz and El Hamdaoui will miss the trip to Granad with injuries.