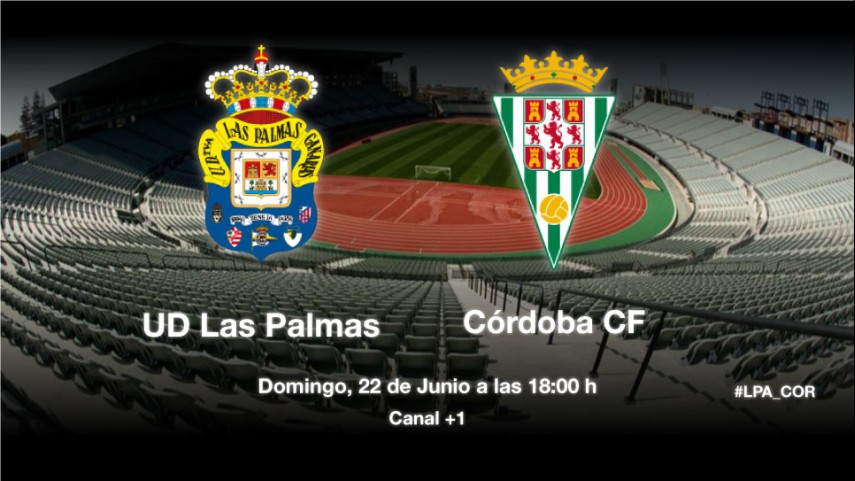 Las Palmas and Córdoba face each other in the second leg of the play-off final for promotion, aiming to regain their place among the Spanish footballing elite.

It has been a total of 54 years for UD Las Palmas (12 years) and Córdoba (42 years) since they experienced Liga BBVA football first-hand. Both teams will look to regain that privileged place among the top 20 teams in Spain when they go head-to-head in the second leg of the play-off final for promotion to the Liga BBVA, kicking off at 6 pm CET.

The two teams have met on three occasions this season and Las Palmas came out on top. On matchday 8 of the Liga Adelante, the Canary Islands side won 2-0 through goals from Carlos Aranda and Tana, while in the second half of the domestic competition Tana was pivotal once again in earning three points for his team.

A goalless draw at the Nuevo Arcángel Municipal Stadium means that both teams will be dreaming of claiming the last ticket into the Liga BBVA. However, Josico Moreno, the Las Palmas manager, is aware of the difficulty of the challenge and says that Sunday "is a day when everyone who plays has to give it 100%". The former player from the Canary Islands was also emphatic in saying that his team “cannot fail” against Córdoba.

Meanwhile, Córdoba go into the match with a noticeable absence of Luso Delgado in the midfield and his place could go to Aritz López Garai. Albert Ferrer, the Blanquiverde manager, appeared to be keeping a cool head in the lead-up to the match: "The players are really focussed, very confident mentally, and I’m calm because right now everyone believes we can do it".

Only one of these two teams will join SD Eibar and RC Deportivo de La Coruña in the Liga BBVA 2014/15 after many years waiting.