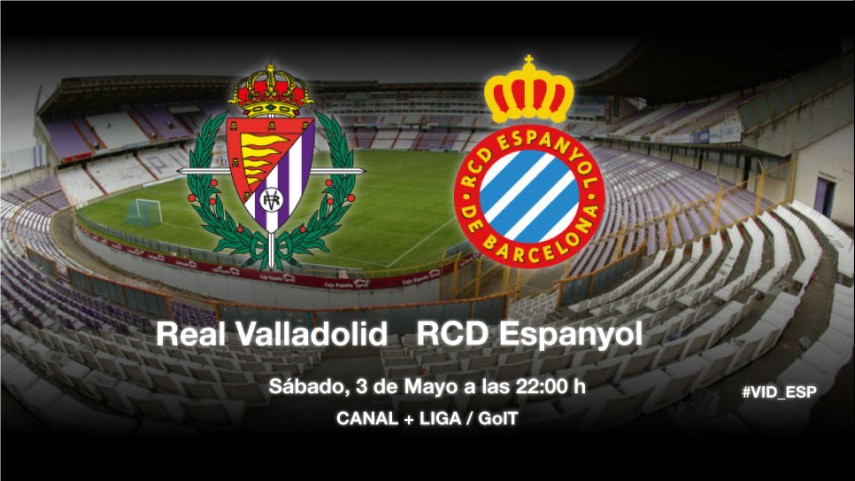 JIM’s men will be fighting for safety in the division against an Espanyol side that already finds itself comfortably placed mid table in the Liga BBVA.

Real Valladolid have four finals left before the conclusion on the season, the first of which will take place under the José Zorrilla floodlights against Espanyol. The Castile and León outfit currently lies second from bottom in the league with a game in hand over its direct rivals and cannot afford any more slip-ups.

Juan Ignacio Martínez will be without Álvaro Rubio and Zakarya Bergdich who are both suspended, but all signs point to the home side putting on a brave performance against Espanyol with Manucho and Javi Guerra leading the line in front of goal. “The match against Espanyol will be a final. That’s all there is to it. We are playing for our lives, we’ll give it our all and we want to win. We cannot let ourselves, our families or our fans down”, declared the Valladolid manager.

Meanwhile, Javier Aguirre’s Espanyol side will travel to this game having already secured safety in the division. With Christian Stuani and Javi López both suspended, the Mexican coach will also have to do without Felipe Mattioni who is carrying a niggling injury. Gabriel Torje is also still carrying an injury in his calve muscle and won’t be part of the Catalans’ 18-man squad for the trip to Castile and León.