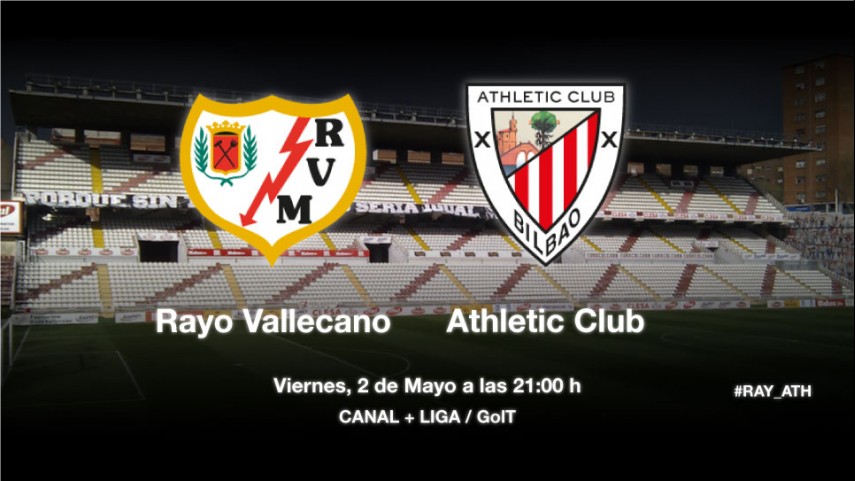 Athletic in search of glory in Vallecas

The Basques will travel to face Rayo Vallecano and will be looking to shore up fourth place in the league mathematically.

Rayo Vallecano and Athletic Club will take each other on this Friday to open up the action on matchday 36 of the Liga BBVA.

The Madrid club has managed to climb into the mid-table positions with 43 points thanks to the side's spectacular run of form in the last ten games, which has consisted of seven wins, two draws and just one defeat. Despite the home team not having much to play for, Paco Jémez has made it clear that his players will give it their all: "It will be a match in which nobody reserves any energy, only a win will do".

Meanwhile, Athletic will be travelling to Vallecas looking to mathematically secure fourth place in the league and, as such, seal their spot in the next qualification stage of the UEFA Champions League. "Being fourth at the beginning of the season was a big ask and now we have it in our grasp. We are one step away from glory", declared the Lion’s manager, Ernesto Valverde, who will have to do without Iker Muniain, who is suspended because of an accumulation of yellow cards.