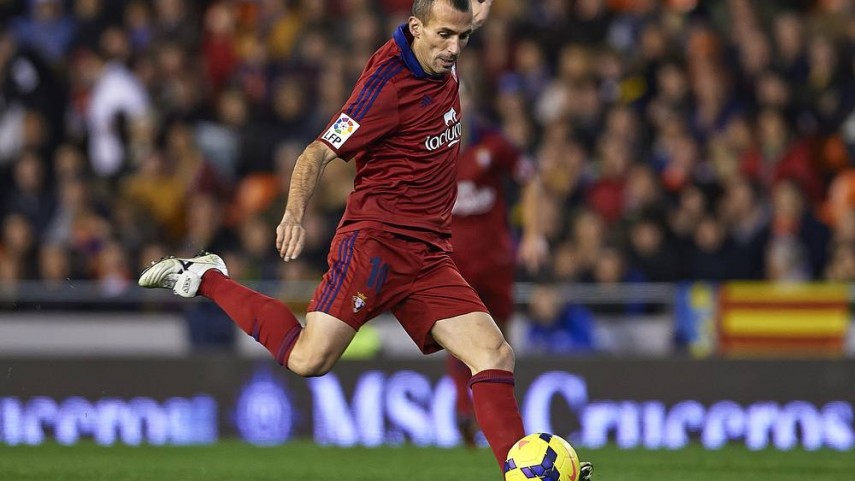 Osasuna gave the player a celebration to remember after his 500th match with the team.

CA Osasuna midfielder Patxi Puñal is celebrating. One day after playing his 500th match with the club from Navarre, the legendary player, who is 38 years old, received an emotional gift from the club.

The homage consisted of a surprise event and an eight-minute video in which the team he has played for since he was a kid thanked him for the years he has dedicated to the club. Osasuna also wanted to highlight both Puñal's competitive nature on the pitch and his strength and generosity off of it.

The captain was accompanied at the event by his family and his teammates. "500 thank yous for giving us a spark every day", were the words of his teammates throughout the video, which captured the highlights of his career with the team.

The player from Navarre reached 500 matches with Osasuna after playing 409 Liga BBVA games, 38 in the Liga Adelante, 39 in the Copa del Rey and 13 in Europe.