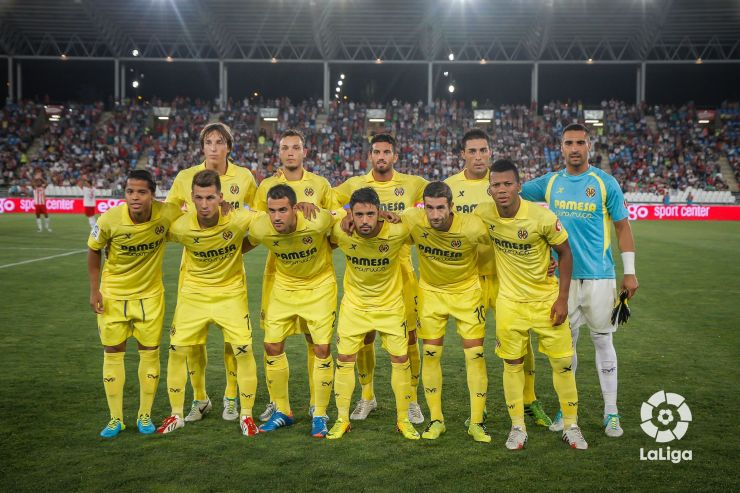 500 games in the elite for Villarreal

El Madrigal will host a party on Thursday when RCD Espanyol visit. Villarreal CF celebrate 500 games in Liga BBVA, played over 14 seasons in the elite, with many memories for the side from Castellón.

Founded in 1923, The Yellows made their bow in Liga BBVA in 1998/99, finishing 18th and going straight back down, being replaced in the division by Sevilla CF, learning the hard way given they were out of the relegation places for 24 games. A side of players such as Andrés Palop, Óscar Téllez, David Albelda and Gheorghe 'Gica' Craioveanu, added to a group of Argentineans captained by Rodolfo Arruabarrena, Diego Cagna or Martín Palermo, and lead by Víctor Muñoz managed to bounce back, finishing their second season in Liga BBVA seventh.

This 2000/01 season was the first of 12 consecutive campaigns in the big time, and another chapter was written in 2004/05, when the side finished third. Accumulating 65 points, Villarreal booked themselves a place in Europe’s elite, the UEFA Champions League, largely thanks to an on-form Diego Forlán who scored 25 goals.

In the next two seasons they came seventh and fifth, whilst in 2007/08 they came runners up to Real Madrid CF in Liga BBVA. With a regular starting XI of Diego López, Javi Venta, Cygan, Godín, Capdevilla, Senna, Cazorla, Pires, Nihat, Rossi, Guille Franco, under the watchful eyes of Manuel Pellegrini, The Yellows returned to Europe’s elite, much to the delight of president Fernando Roig.

El Madrigal got accustomed to the high-life, and with three more seasons at fifth, seventh and fourth, there was no reason to think things would change. However in 2011/12, things took a turn for the worse, and a stadium used to Champions League saw its second relegation to Liga Adelante.

Last season didn’t start on the best note, however with Marcelino García Toral on the bench, the side’s fortunes changed, and the side pushed for direct promotion. Banking on veterans such as Mateo Musacchio, Bruno Soriano, Cani and Marcos Senna, Villarreal returned to the big time, and Villarreal were ready to add to their 497 games in Liga BBVA.

Real Valladolid CF lost 2-1 in the second round of games this season, and Real Madrid drew 2-2 last time the side played at home, so it’s Espanyol who will contest Villarreal’s 500th encounter in the highest level of Spanish football at El Madrigal.

Of all the names to have played for Villarreal, it’s Senna who has played the most in Liga BBVA, clocking up 292 appearanced, followed by Argentinean Arruabarrena (219). Cani, who has 193, is close to joining the 200 club at the Castellón side. Pellegrini is the coach with the most games in the dugout at 190.

14 seasons with the big boys means that Villrreal are an iconic image of the modern day Liga BBVA, and they will blow out the candles on their milestone in the sixth round of this season’s fixtures against Espanyol. The best present the team can possibly give their side is a 200th win in the competition, with their record currently 199 wins, 133 draws and 166 losses.