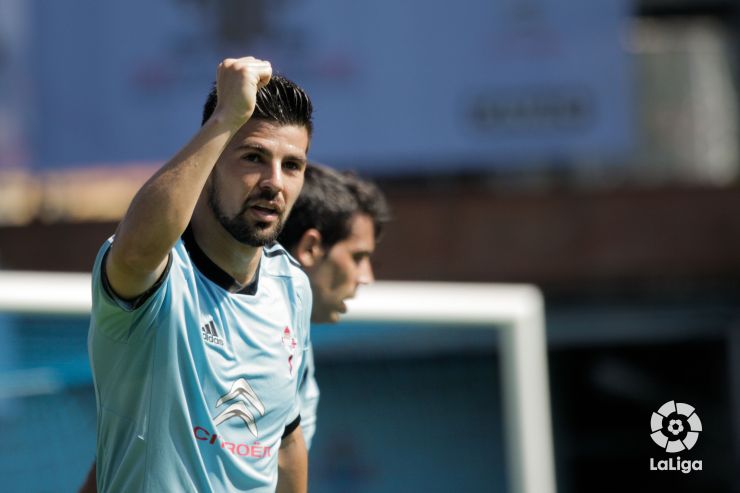 The Andalusian forward has scored five of the last nine goals for a Celta team that is now safe from relegation.

Nolito is enjoying his best run of form since joining Celta Vigo. The forward has found his shooting boots at just the right moment in the season, scoring some invaluable goals to allow his side to climb towards safety in the Spanish topflight.

His hot streak in front of goal began during matchday 22 when he scored the last of Celta’s four goals against Real Betis (4-2). He found the back of the net three matchdays later against Villarreal to make it 0-2. He clinched six points in total for Celta against Levante (0-1) and Sevilla (1-0), which kicked started the side’s ascendency towards safety in the division.

The last two outings have been especially fruitful for Nolito. With three goals in two games, the man from Sanlúcar de Barrameda has become one of Luis Enrique’s most important players. He opened up the scoring against Real Sociedad in a match that ended all square (2-2), while his other two goals came in a 2-4 win over Almería.

Five of Celta’s last nine goals have come through Nolito. The Andalusian has been one of the main men for his team this season. His 10 goals, many of which have been winners, have helped move Celta into twelfth place in the league table, thus allowing the Galicians to breathe easy as they head into the final stretch of the Liga BBVA season. Almost all of his goals have come during the second half of the season, when his team has needed them most, which also means that Nolito is enjoying one of his most prolific seasons in front of goal.