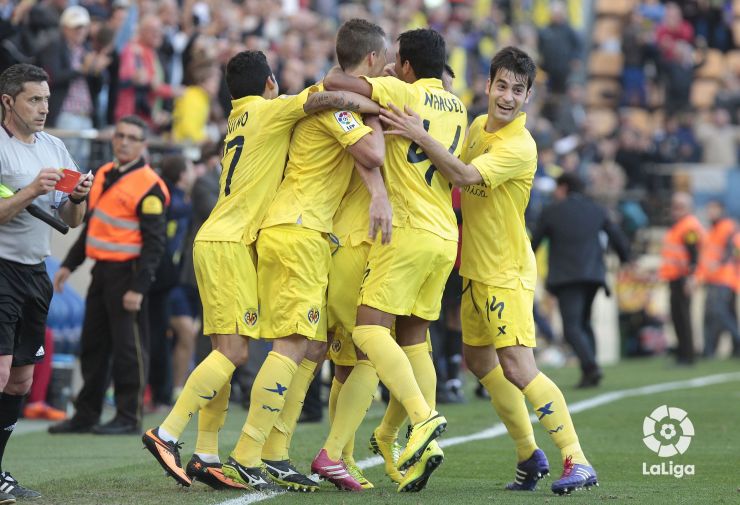 Day of changes in the Liga BBVA

Real Madrid are in second place after Barcelona’s defeat, while Villarreal now occupy sixth place in the table.

Saturday in the Liga BBVA left significant changes at the top of the table. The biggest beneficiaries of matchday 33 of the competition were Real Madrid CF and Villarreal CF, whose victories moved them up the table.

The upset of the day was provided by Lucas Alcaráz’s Granada CF, who beat FC Barcelona 1-0 with a goal from Yacine Brahimi in the first half. The result relieves Gerardo 'Tata' Martino’s azulgranas of their second place, and the side must now rely on results of others if they are to win the 2013/14Liga BBVA.

Meanwhile, one of Barça’s rivals, Real Madrid, moved into second with a 4-0 win over UD Almería in the Santiago Bernabéu with goals from Ángel Di María, Gareth Bale, Isco Alarcón and Morata. The result means that the Whites are level on points with Club Atlético de Madrid, who play Getafe CF on Sunday.

In other matches Villarreal CF moved into sixth place after defeating Levante UD 1-0 with a late goal from Jérémy Perbet. The side managed by Marcelino García Toral thus made the most of the draw between Real Sociedad de Fútbol and RC Celta de Vigo (2-2) to return to the European positions as the season draws to a close.