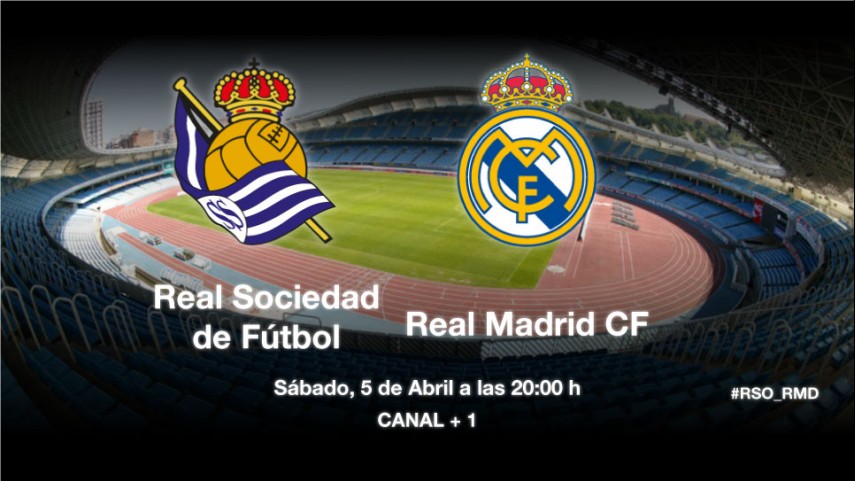 A season-changer in the Anoeta

Real Sociedad and Real Madrid meet in a clash that is vital to both teams' seasons. Europe and the Liga BBVA title are at stake.

Without Cristiano Ronaldo, Real Madrid CF will take to the pitch in the Anoeta stadium on matchday 32 of the Liga BBVA in search of three points that would keep them in the title race. They will be met by a Real Sociedad de Fútbol who also need a victory in order to keep Europe in their sights.

"A win would give us more self-assurance", stated the coach from Donostia, Jagoba Arrasate, who is also aware that the match represents a significant junction in the season for both teams. The return of Esteban Granero is the biggest change in the txuri-urdin squad, but his manager said he will not start: "We're all glad to have him back, but we have a lot of players available at the moment".

After the defeat away to Sevilla (2-1), a draw is no good for Real Madrid and they are only thinking of victory. They will have to achieve it without Cristiano Ronaldo, who is being rested as a precaution. "That way he can recover better from all the matches, but we have several options to replace him", stated Madrid's coach Carlo Ancelotti. Ángel Di María, though, will make the trip having completely recovered from the stomach bug that prevented him from playing against Borussia Dortmund.