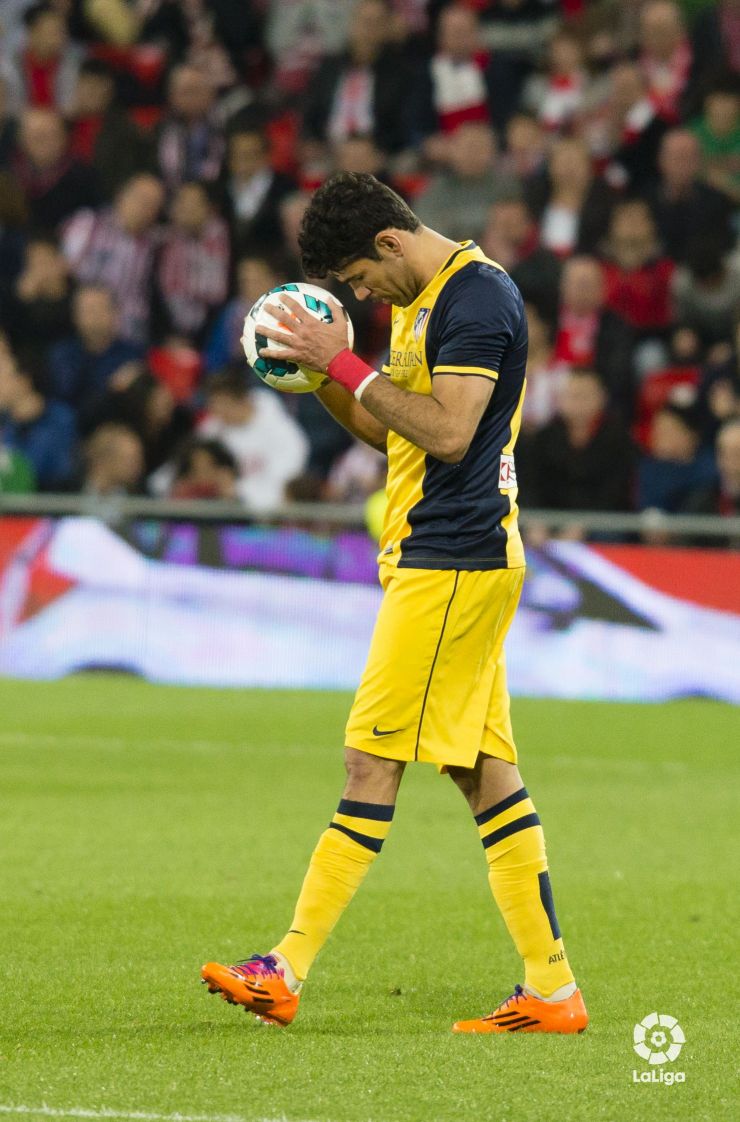 Diego Costa out injured for Atlético

The rojiblanco's forward had to come off against Barcelona on Tuesday due to a thigh injury.

Medical tests on Wednesday have shown that Diego Costa, Club Atlético de Madrid's 25 year-old forward, has suffered a muscle injury in his right thigh, according to the Liga BBVA club's website.

The player suffered the injury during the UEFA Champions League quarterfinal first leg against FC Barcelona, and had to come off injured after 30 minutes. Even though the Madrid club have not stated how long the player will be out for, it is believed he will miss the Liga BBVA tie this weekend against Villarreal, and will be a doubt for the second leg against Barcelona next week.

Until now, Costa has played 29 games in Liga BBVA, scoring 25 goals for Atlético.