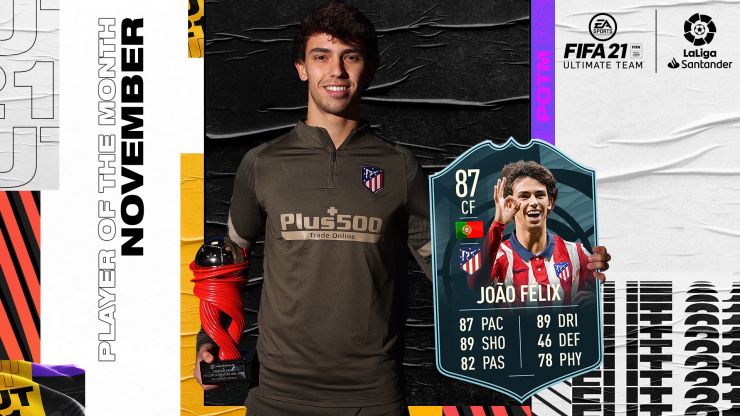 The Atletico Madrid player takes home this award on the back of a great month as his team's top goalscorer and a key contributor to the superb run of results racked up by the Madrilenians.

The striker netted four goals in four games in November and is now, level with Uruguay's Luis Suarez, the team's top league scorer this season. Felix's goals were instrumental in Atletico dispatching CA Osasuna and Cadiz FC and, although he failed to find the back of the net, the frontman also put in good performances in the victories over FC Barcelona and Valencia CF.

Despite his youth, Joao Felix has demonstrated unprecedented levels of quality and self-confidence for his age, which have helped put his team in the upper echelons of the LaLiga Santander table.