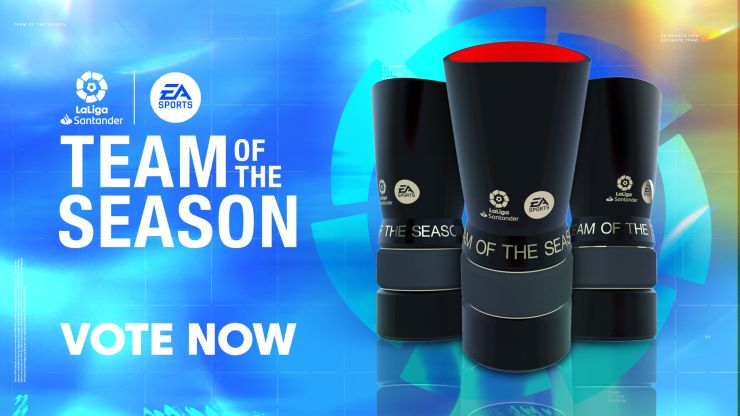 The best goalkeeper, the top 4 defenders, the 3 most remarkable midfielders and the 3 top attackers will be rewarded; with 4 additional players to complete the top 15 LaLiga Santander players of this season.

For the first time ever, LaLiga, together with EA SPORTS, has released the FIFA 22 Team Of The Season (TOTS) awards, with the objective of rewarding the best goalkeeper, the top 4 defenders, the 3 most remarkable midfielders and the top 3 attackers from the league. In addition, the next 4 more voted players will also be selected so as to complete the top 15 LaLiga Santander players of this season.

It is a historical award, that will be awarded for the first time ever to players, on the basis of their performance during the whole season, and following the approach that EA SPORTS uses on FIFA to select and award the best weekly players on their Team Of The Week.

For LaLiga Santander, the voting system to select the best 15 players of the season works as follows: 40% will be obtained thanks to popular votes; 30% thanks to votings via Players App; and the remaining 30% thanks to the expert committee, formed by well-known journalists.

The players that are eligible for the TOTS awards, and that people can vote here until the 6th May, are the following ones:

The 15 players of LaLiga Santander who will be part of the Team Of The Season will be released the following 19th May, during a gala, the details of which will be informed via our channels.