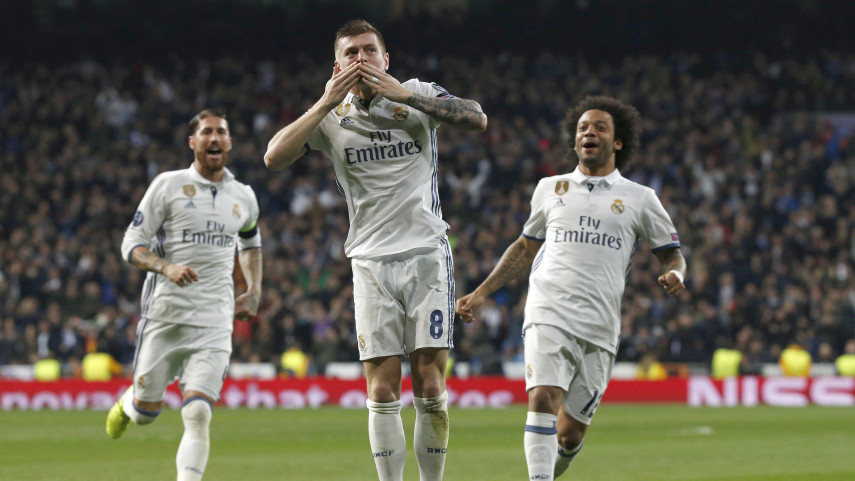 Goals from Benzema, Kroos and Casemiro cancelled out Napoli's early opener to hand Zinedine Zidane's side a solid 3-1 first-leg lead.

Real Madrid came from behind to secure a valuable first-leg lead against Napoli in an entertaining encounter at the Santiago Bernabeu on Wednesday night. Zinedine Zidane’s side came into the game having won 28 of their last 33 Champions League home games but fell behind after just eight minutes when Lorenzo Insigne latched on to Marek Hamsik’s through ball and finished past Keylor Navas from well outside the penalty area.

Undeterred, the home side pushed forward and got back on level terms 11 minutes later when Karim Benzema rose high to meet Dani Carvajal’s cross in from the right and head past Jose Reina. The goal made him the all-time top scoring Frenchman in Champions League history with 51 goals, clear of Thierry Henry (50). 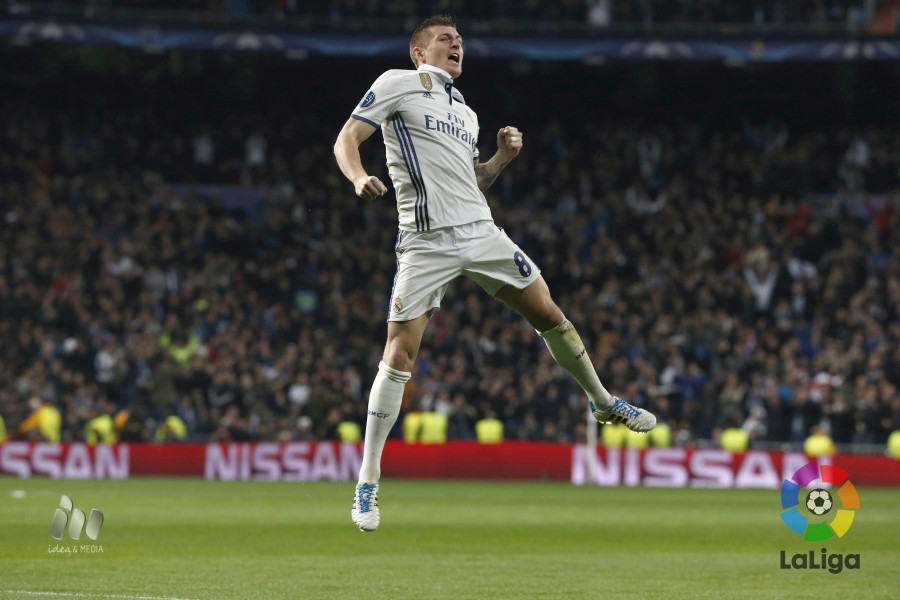 Two quick goals at the start of the second half put Real Madrid in the driving seat. First Toni Kroos fired Cristiano Ronaldo’s cutback from the edge of the area into the bottom corner for his first-ever goal for Real Madrid in the Champions League on 49 minutes before Casemiro unleashed a spectacular volley from outside the penalty area to give his side a 3-1 lead.

Napoli came close to reducing the deficit as full time approached through former Madrid man Jose Callejon but the holders held on to secure a valuable win ahead their return trip to Naples in two weeks’ time.