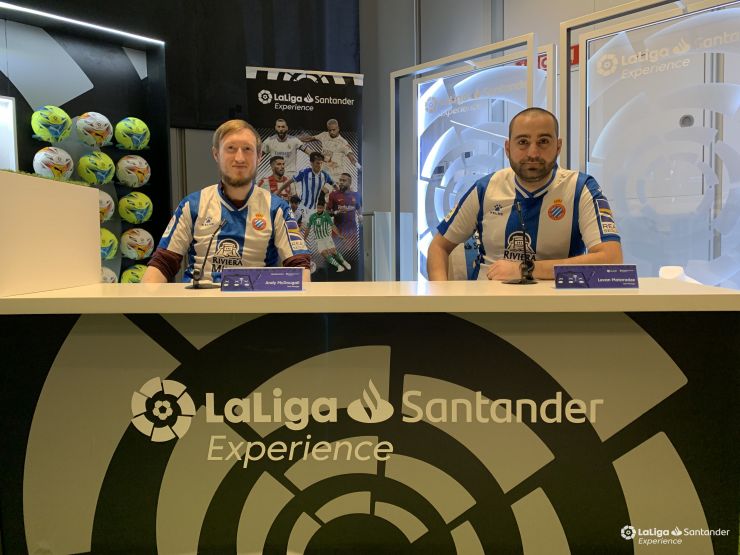 Here’s what the visitors from Georgia and the United Kingdom got up to in their visit to the home of Los Pericos for last weekend’s Barcelona derby.

Fun, food and football were on the agenda for the latest LaLiga Experience as guests jetted into Barcelona for the derby between RCD Espanyol and FC Barcelona.

The following day, it was straight into the activities as players from the men’s and women’s teams played host at the RCDE Stadium. Adriana Martin and Marta Turmo got the ball rolling in picturesque settings outside the ground, before LaLiga Santander stars Javi Puado and Nico Melamed took centre stage in the “Do you know your teammate?” challenge.

Having enjoyed a private stadium tour the previous day, RCD Espanyol’s Ciutat Esportiva Dani Jarque training complex was to be the LaLiga Experience expedition’s next stop. There they watched manager Vicente Moreno’s pre-match press conference, as well as his team’s final preparations ahead of the big game. The guests could hardly hide their excitement as they revelled in the club’s state of the art facilities and elite coaching methods.