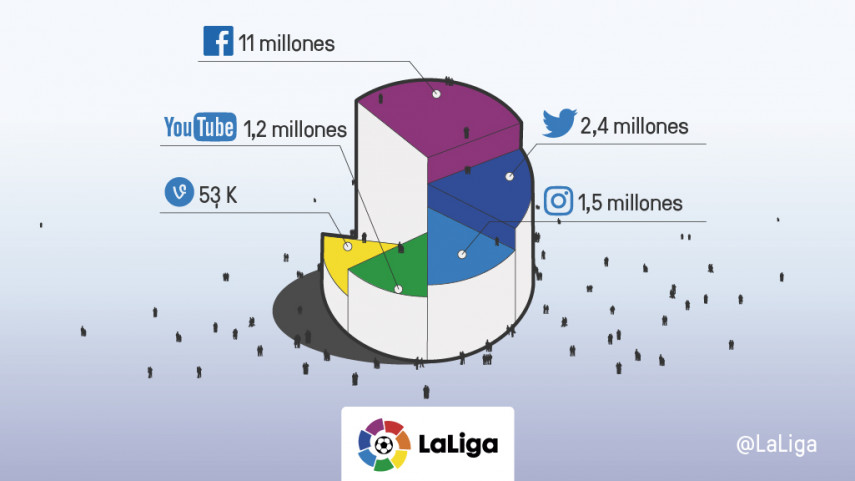 LaLiga is spreading its wings around the globe through its projects and also via social media. Adding up the followers on the official LaLiga Facebook, Twitter, Vine, YouTube, Spotify and Instagram accounts now gives a total of over 16 million followers.

The social media channel with the greatest number of followers is Facebook, where 11 million people keep themselves abreast of the very latest in Spanish football and enjoy the best videos and images from LaLiga.

On Twitter, LaLiga surpassed 2.5 million followers in February. The best images from the matches, archive footage, LaLiga player information, live broadcasts of international events... all of this and much more can be found @LaLiga. LaLiga also opened its official Twitter account in English in February, @LaLigaEN, which has captured more than 58,000 Twitter followers in less than five months.

On the photo-sharing social media site, Instagram, the growth has been spectacular. The official LaLiga account on this platform brings together over 1.5 million fans, who share the best images combined with the most interesting facts.

And on YouTube, the social video site par excellence, LaLiga has reached 1 million subscribers and has garnered over 250 million views.

LaLiga's football continues its expansion around the world, as does its social media presence. 16 million and counting...