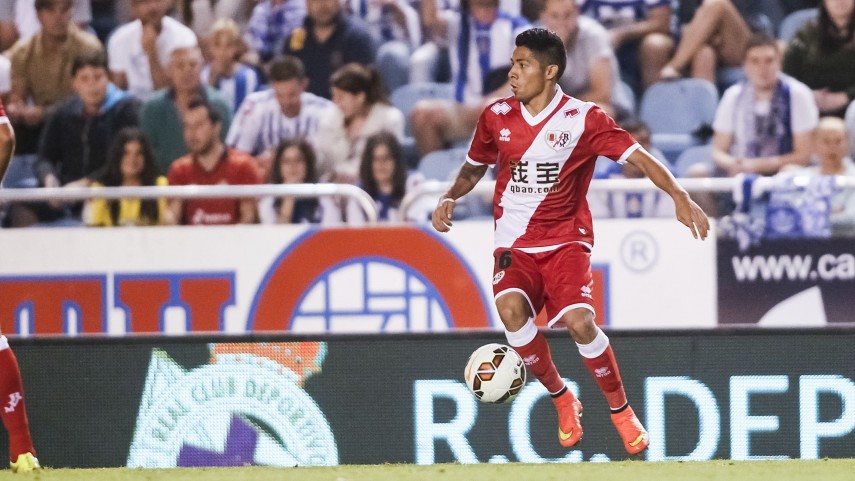 "I bring hunger to win and get better"

Javier Aquino (11 February 1990, Oaxaca de Juárez, Mexico) is a new face at Rayo Vallecano. The Mexican, who arrived in Spain in the 2012/13 with Villarreal, has impressed for Paco Jémez's side, laying on two goals and helping the side get off to an electric start.

LFP.es: How has the adaptation period at your new club been?

Javier Aquino: Truth be told I'm happy to have come to a club that has given me the chance to be part of their team. They've treated me fantastically since my arrival and the adaptation has been a lot quicker than when I arrived from Mexico.

Javier Aquino: I always want to represent Mexican football in the best possible way. Hugo Sánchez left his own personal stamp, but one tries to do it in a different way, leaving their story and anecdotes in their own institution. It is a club that I like a lot and it is different to my previous teams.

LFP.es: You had a lot a of offers, so why Rayo?

Javier Aquino: Knowing I was leaving Villarreal, I looked for the best option and place where I can show my qualities as a footballer. When Rayo's interest came about, I didn't think twice about coming.

LFP.es: This will be your second season in Liga BBVA, how are you going into this change in your career?

Javier Aquino: This is a new challenge for me, it is a positive change that might mean this is a much more important year than the last, which was my first in Liga BBVA. As time passes, one gets to know the league, and adapts better. I'm very happy here; this will be a very important year where I can show what I have and help the side achieve their goals.

When Rayo's interest came about, I didn’t think twice about coming

LFP.es: What is the role of Paco Jémez in this Rayo side?

Javier Aquino: He has the most important role. He's the head of the side and this is difficult. It is normally hard to bed so many new players in, but he has done a great job, as was shown in the first game. I think he can continue to grow a lot.

LFP.es: Do you think after the last World Cup Mexican players are looked on in a different way?

Javier Aquino: Since just before the World Cup a lot of Mexican players were cropping up, but the World Cup was a true demonstration of the how both Mexican players and football have grown a lot. We are players that know how to compete; we’re quick, and we can be important in our sides. This has meant more doors have opened, and it makes me happy and proud that many of my compatriots can come to Spain and play here.

LFP.es: What can Javier Aquino give to Rayo?

Javier Aquino: Hunger to win, to get better and to show my quality. On a footballing level, I will try to play offensively, directly and give 100% in each game.

LFP.es: On more than one occasion you have said that you want to be important for Rayo. What do you think will be the key to achieving this?

Javier Aquino: We are judged on numbers. In my position I should lay on a lot of goals and score more. I’m a player who doesn't score a lot, and this is a facet of my game that I should improve; I will work on it. Hopefully I can show that every time I have the ball at my feet I can do important things.