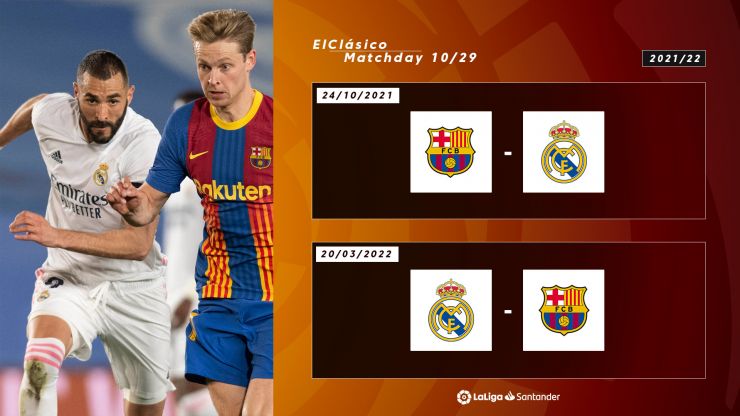 After Wednesday's draw for the 2021/22 LaLiga Santander season, we now know when FC Barcelona and Real Madrid will face each other in their league campaigns.

The draw for the 2021/22 LaLiga Santander season has revealed the Matchdays when the two El Clasico matches between FC Barcelona and Real Madrid will take place.

The first encounter will take place on Matchday 10, the 24th of October at the Camp Nou.

The second match will take place on Matchday 29, the 20th of March in Madrid.

Last season, Real Madrid won both their LaLiga Santander matches against FC Barcelona. In the first leg they defeated Barça 1-3 at the Camp Nou, while in the second leg at Valdebebas, Zinedine Zidane’s side won 2-1 in a thrilling match.