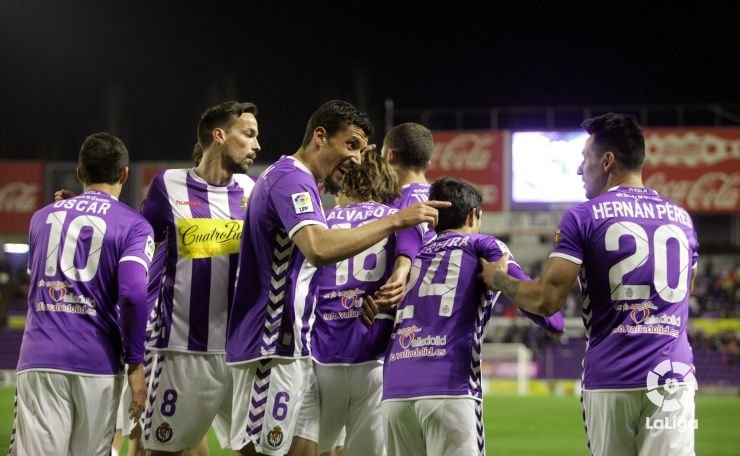 Why Valladolid players are known as "pucelanos"?

Every team has a nickname but, do you know their inception? In this issue we reveal where the blanquivioleta team pseudonym comes from.

There are many theories that are handled about the origin of the word "Pucela", with which is known Valladolid city, and its derivation 'pucelanos'.

Over the years, some of these assumptions have taken more strength than others, but has never come to know the real birth of this word that has led to the nickname of Valladolid people and everything related to the region. The story goes that in the fifteenth century some Knights from Valladolid took the way to France in order to defend the Maid of Orleans at the famous Hundred Years War against Britain (1337-1453). As in the old Castilian language of the time, the word "maid" used to be called "pucela"; these knights were nicknamed "pucelas" at his return to the city.

Another surmise of the origin of this nickname comes from the very location of Valladolid. Located between the Pisuerga and Esgueva rivers and the Canal de Castilla, it was considered by many as a pond in a dry place. Therefore, from the diminutive "Pozuela" (Pond) derive the word "Pucela".

Finally, as one of the most compelling stories, appears the one that ensures that the term "Pucela" is named after the cement trade that the Castilian city developed with the Roman town of Pozzuoli. At the time, Valladolid was the only city distributing materials from Pozzuoli and thanks to that industry promoted by their inhabitants the Castilian town inherits that pseudonym, which still is used to refer to the players R. Valladolid CF.