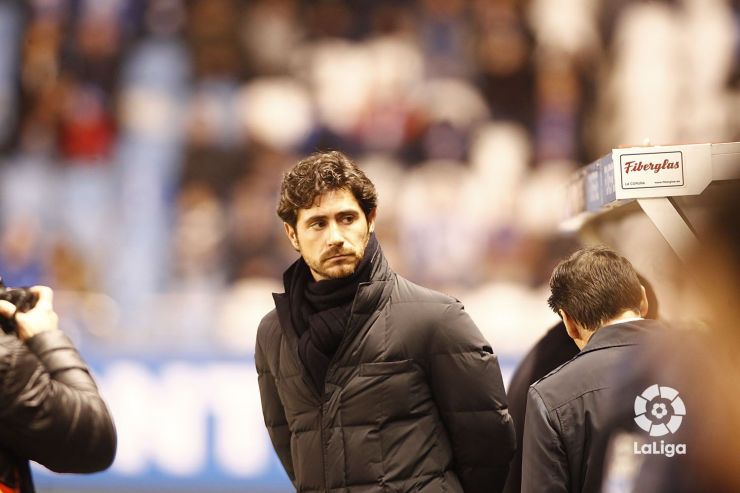 The Andalusian club have announced the appointment of the Madrilenian coach, after parting ways with the Uruguayan 11 games into the season.

Real Betis have a new manager. The Andalusian club released a statement late on Friday announcing the dismissal of Gustavo Poyet and the appointment of Victor Sanchez del Amo in his place.

Poyet was handed the reins in May, succeeding Juan Merino in the Benito Villamarin hotseat. This marked a return to LaLiga for the former Brighton & Hove Albion FC, Sunderland AFC and AEK Athens FC boss, as the Uruguayan shone with R. Zaragoza during his playing days.

However, after a bright end to last season under Merino, Betis have endured an erratic start to the current campaign and lie 14th in the LaLiga Santander table, with 11 points from as many matchdays. The Andalusians have placed on record their gratitude for Poyet's efforts over the last few months.

Victor, for his part, boasts a wealth of experience in LaLiga both as a player and in the dugout, having had a spell in charge of RC Deportivo. He began this term at the helm of Greek champions Olympiacos FC, but was relieved of his duties and is now back in the Spanish top flight with the mission of propelling Betis up the table. The 40-year-old will be officially unveiled to the media on Monday, when he will take his first training session.