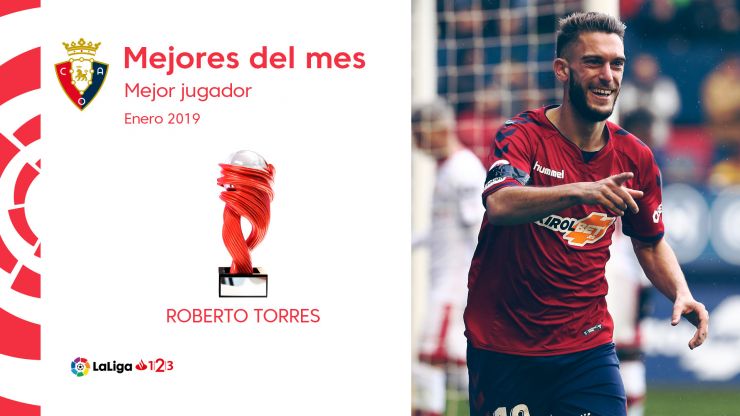 Roberto Torres, LaLiga 1|2|3 Player of the Month for January

The C.A. Osasuna midfielder wins the award for his outstanding performances during January, scoring twice in an impressive month for Los Rojillos.

C.A. Osasuna striker Roberto Torres has been chosen as the LaLiga 1|2|3 Player of the Month award for January. He scored twice as his side picked up three wins, taking them up to fourth in the table.

The 29 year-old’s form in January has been remarkable. Osasuna played four matches in total during the month, including a 2-1 win over play-off rivals Cadiz CF in which Torres scored the winner.

He will receive with the award in front of fans at El Sadar before the match between C.A. Osasuna and Granada CF, which takes place on Sunday 3 February at 18:00 CET.