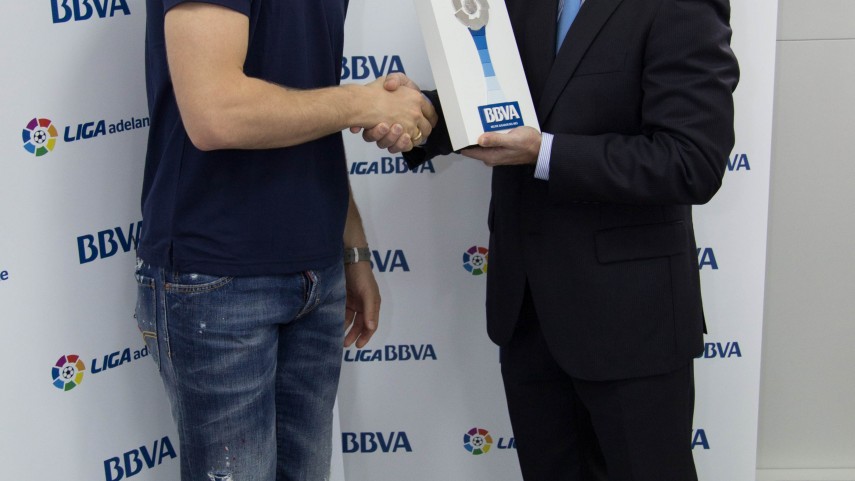 The Croatian has been awarded with the BBVA Prize for best player of the month thanks to his fine performances for Sevilla.

Ivan Rakitić has been awarded with the BBVA Prize after being chosen as the best player in the Liga BBVA during the month of January by the main sponsor of the Liga de Fútbol Profesional.

Rakitić was thankful for the accolade and stated: "It means a lot to me to receive the BBVA Award for the Best Liga BBVA Player in January. It gives me joy and motivates me to keep working in the same way". He also had a few words for the team: "I would like to thank my teammates, the coaching staff and everyone who works with me". "I hope to win it again soon", he concluded.

The Croatian pulls the strings in the centre of Sevilla’s midfield. His inclusion in Unai Emery’s starting XI is a big reason for the team’s orderly and creative play, as he is behind the Andalusian outfit’s best moves. He also found himself on the score sheet on a number of occasions during January. Rakitić scored three goals in the four matches he played in during the month: against Getafe, Atlético Madrid and Levante.

Rakitić, who has featured in 20 of the team’s 22 Liga BBVA fixtures this season, is a crucial component of the Sevilla squad. He has found the back of the net on ten occasions this season and is also one of the team’s top assist makers. The BBVA Prize for being the best player during the month of January has undoubtedly come at one of the finest moments in his career so far.