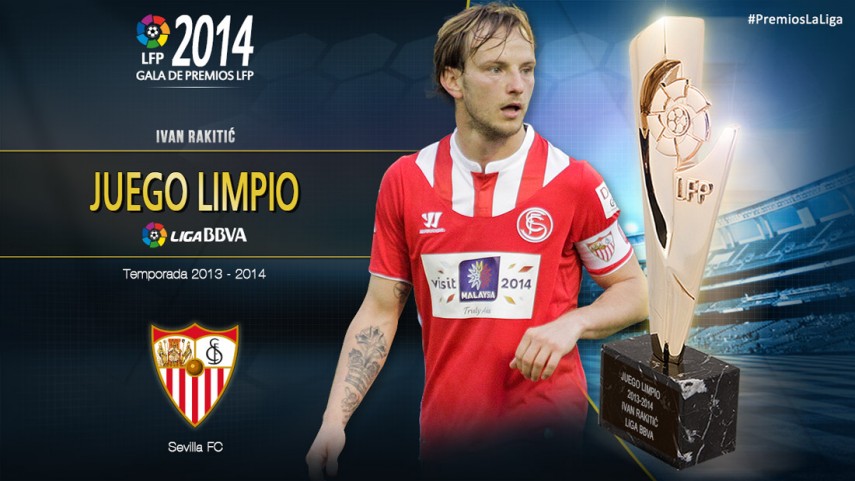 Aficiones Unidades and Federaciones de Peñas have selected the Croatian player for a prize in the '2014 LFP Awards Ceremony'.

Ivan Rakitić arrived in the Liga BBVA in 2010. In his first season at Sevilla FC he played thirteen games and scored five goals. The next season, he became a pivotal member of the Seville side, playing 36 matches in the Liga BBVA.

In every campaign the Croatian demonstrated his talent. In his last season at the Andalusian club he achieved his best goal-scoring record in Spain, bagging 12 goals in 34 games, along with 10 assists.

His good play and professionalism have made him a hit among football fans and they serve as an example to everyone who loves the sport. Qualities that have earned him the title of '2013-14 Liga BBVA Fair Player'.

"I want to thank people on behalf of Ivan, and hope you enjoy the ceremony", said Carles Puyol, who recieved the prize.