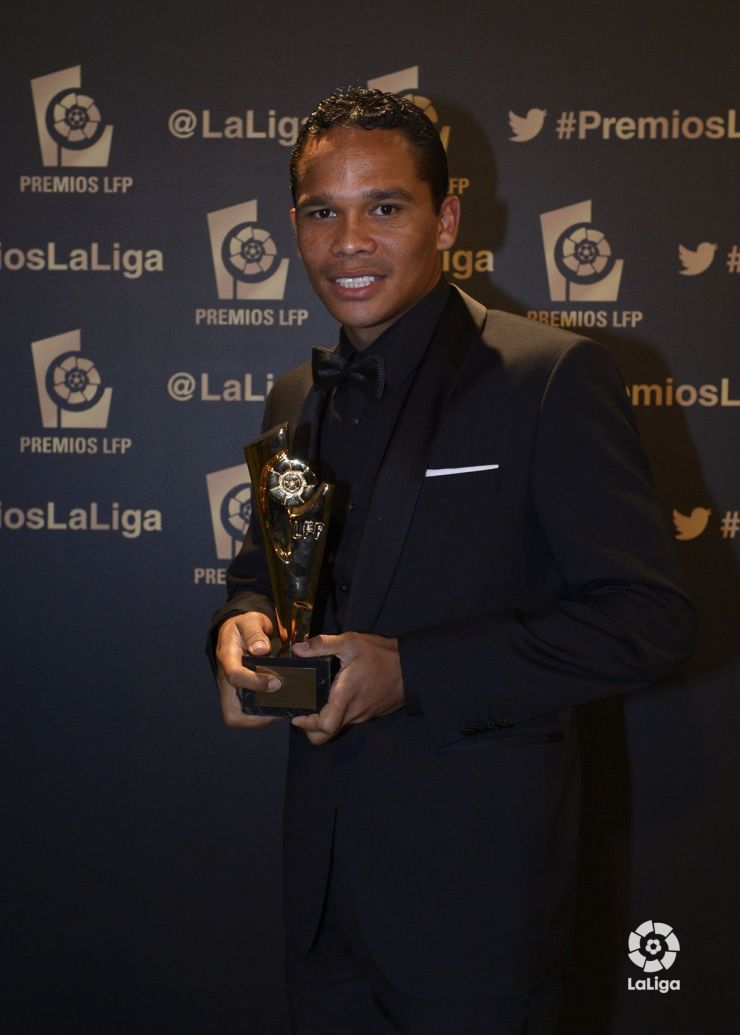 The Sevilla forward won the coveted accolade at the 'LFP Awards Ceremony' in recognition of his great season with the Andalusian club.

Carlos Bacca has been crowned the 'Best American Player in the 2013-14 Liga BBVA' in his first season with Sevilla FC. LFP.es voted for the Colombian forward as the best player from the American continent during the last season.

The striker picked up the award at the '2014 LFP Awards Ceremony' after a campaign rife with goals and success and even a UEFA Europa League winners medal with the Andalusian side. In the Liga BBVA, where he was a regular starter for Unai Emery, Bacca scored 14 goals in 35 matches and he netted seven more in the continental competition.

The Colombian forward joined Sevilla in the summer of 2013 as a hero after the best season of his life at FC Brujas KV. On the banks of the Guadalquivir his right foot and imagination in front of goal helped him grow as a player and promise to make him one of the pillars of the Andalusian club in the coming years.

"I'd like to thank God because he gave me this gift. I'd also like to thank
the directors of Sevilla, my wife, my family, my children. Also my teammates
and my coach. Thank you very much."