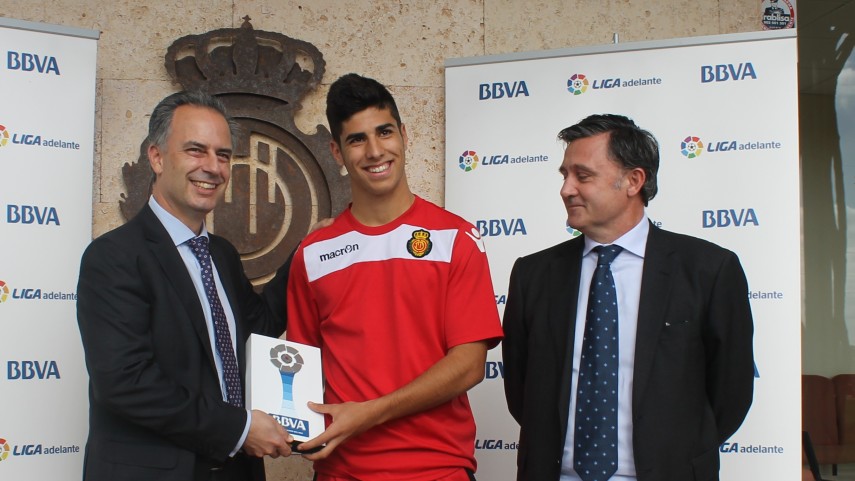 The Mallorca academy graduate has played an essential role in the resurgence of Valeri Karpin's men.

Marco Asensio Willemsen (Palma de Mallorca, Mallorca, 1996) has received the BBVA Award for the 'Best Liga Adelante Player in October', an accolade that recognises the current form of the Balearic player and his hard work with RCD Mallorca, who have climbed 14 places in just five games.

Asensio played every game with the Bermellones in October and he found the net in the victory over Dep. Alavés. He made his Liga Adelante debut at 17 years of age last season, when he ended up playing 20 matches and his first goal in the division came on 16 March against CD Tenerife.

His stats in this campaign are a clear reflection of his class as a player. The winger has an 80% pass completion rate and, so far this season, he has scored three goals.