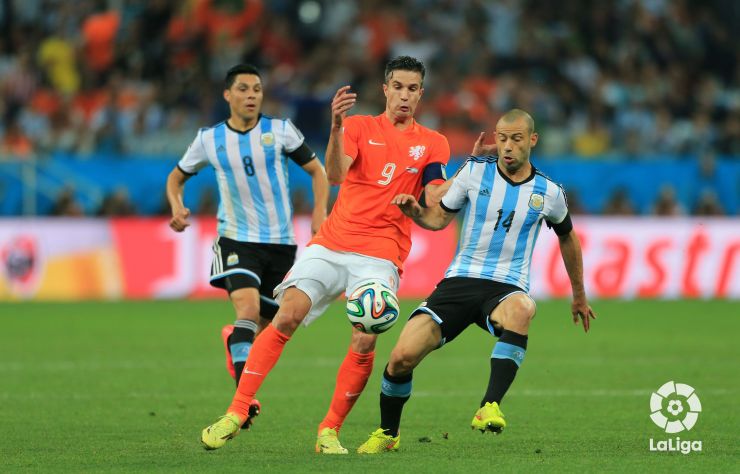 Mascherano moves up to second place in the LFP Rankings

Following the semi-final clashes at the 2014 World Cup, and the participation of only four Liga BBVA players in the two games, the LFP Rankings (updated with the players who have taken part in the knockout stages) didn't suffer many changes.

Javier Mascherano is, without doubt, the standout performer followings is showing for Argentina against Holland. The FC Barcelona central midfielder was outstanding for Alejandro Sabella's outfit, and his performance takes his average rating up to 7.6, moving him behind leader Keylor Navas, who has an outstanding 8.1 average.

His compatriot Lionel Messi loses a place following a quiet game against Holland. Real Madrid midfielder Sami Khedira fared better. In the 1-7 hammering of Brazil, Khedira found the scoresheet, moving his average rating up to 6.9, and now sits in 10th place.

With regards to the LFP XI, made up of quarter and semi-final performers, there are no changes. Those who shone in the semis were already in the side, whilst the others retain their places following their good showings in the quarterfinals.