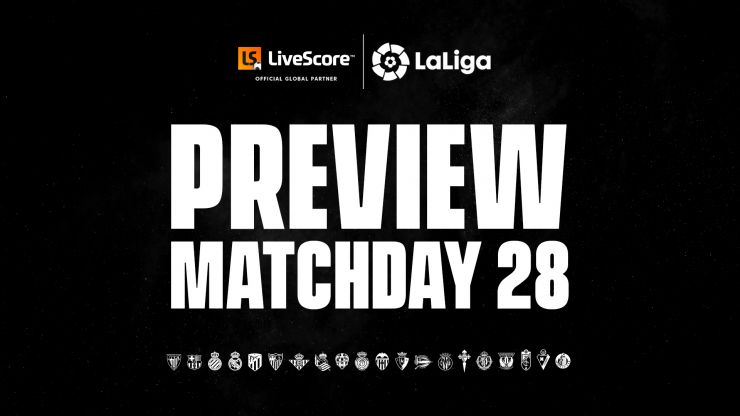 LaLiga Santander returns with a bumper Matchday 28 as FC Barcelona and Real Madrid continue their charge for the title. Elsewhere, Atletico de Madrid aim to keep pace with the top four.

LaLiga Santander returns with some 11 matchday weekends remaining to crown Spanish football’s latest champion, and Athletic Club and Atletico de Madrid offer arguably the most interesting fixture of the weekend. The congestion of games needed to make up ground on lost time due to the coronavirus pandemic will likely see the thinner squads tested and the experienced sides benefit most, with these two teams leaning more towards the latter. It’s fair to argue both Athletic Club and Atletico de Madrid have underwhelmed this year, but the enforced league suspension may have come at the opportune time for both clubs to reset. Atletico de Madrid have dominated the recent meetings, winning five of the past six.

Real Madrid see their campaign for a first LaLiga title since 2017 resumed following a worrying spell in the lead up to the suspension, with losses to both Real Betis and Levante UD in their last three league matches. They reignite their title attack two points behind arch-rivals FC Barcelona. The time off has also allowed record signing Eden Hazard to overcome a broken ankle and he is reportedly in fantastic shape. Zinedine Zidane will need the Belgian to fire if his side are to dethrone FC Barcelona. They face Eibar SD in their season return, a side they throttled 4-0 earlier this season and who have beaten them just once in 10 LaLiga meetings.

The reigning LaLiga champion FC Barcelona hold a two-point lead as the season resumes, but too have been far from their best this season. Their 2-0 loss in the March 20th edition of the ElClásico ensured there will be a sprint to the final game of the season with their historic nemesis, but much like Eden Hazard for Real Madrid, FC Barcelona star Luis Suarez has used the time off to recover from injury and will be ready to pulsate the final stretch. They face RCD Mallorca who boast only two wins over the Catalan side and who they beat 5-2 in December. There will be a real incentive from Lionel Messi and his side to assert their league lead quickly against a side in the relegation zone.